this role, Keets has a long list of achievements with the company. This includes guiding Actisense to achieve two major accreditations from the International Organization for Standardization and being invited by the British Marine Federation to represent the British Marine Export Industry at the House of Commons 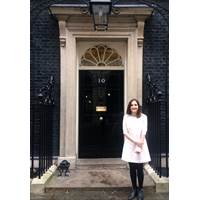 Mersey Maritime Apprentice Olivia (Livvy) Weston got a chance to visit No.10 Downing Street and the House of Commons after meeting the Shipping Minister, John Hayes, MP on an official visit. The 18-year-old Apprentice, who has been with Mersey Maritime since finishing her A-levels last year, spent a day in Westminster. She visited Hayes at the Department for Transport, watched a Parliamentary debate in the House of Commons and had her photo taken in front of the famous black door of No.10 Downing Street. Former Halewood Academy pupil Livvy said, “I felt very privileged meeting Mr. Hayes 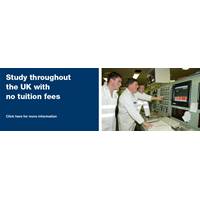 A  provider of maritime training in the UK, Clyde Marine Training, have welcomed the statement from the House of Commons Transport Committee that urged the government to address the “looming skills gap” in the UK maritime sector. Launching the report the committee’s chairwoman Louise Ellman said: “The government’s new maritime strategy poses the right questions about UK shipping but does not yet provide compelling answers on a range of key points that will have a major impact on this valuable sector of our economy. In particular, it is unclear how the government 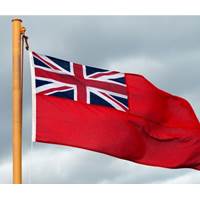 ;s new maritime strategy “poses the right questions” about the country's shipping industry but “does not yet provide compelling answers on a range of key points that will have a major impact on this valuable sector of our economy” according to Louise Ellman, chairman of the House of Commons Transport Select Committee. The report here is from shipping trade association 'Maritime London'. Ms Ellman’s remarks launched the publication of a review into the UK shipping industry which was undertaken after the government and industry entered into a ‘strategic partnership’