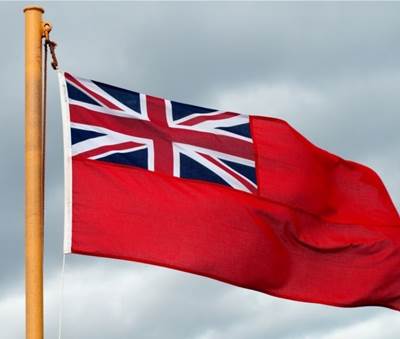 The UK government’s new maritime strategy “poses the right questions” about the country's shipping industry but “does not yet provide compelling answers on a range of key points that will have a major impact on this valuable sector of our economy” according to Louise Ellman, chairman of the House of Commons Transport Select Committee. The report here is from shipping trade association 'Maritime London'.

Ms Ellman’s remarks launched the publication of a review into the UK shipping industry which was undertaken after the government and industry entered into a ‘strategic partnership’ in 2013. The UK Chamber of Shipping and maritime unions have broadly welcomed the review's findings and recommendations, which focus on the Maritime and Coastguard Agency (MCA) and UK seafarer jobs.

Doug Barrow, chief executive of Maritime London, welcomed the committee’s concerns on seafarer numbers, saying: “The foundations of a successful maritime services centre are its highly skilled staff, and many of the skills required for a maritime hub to offer a wide range of quality services can only be obtained by experience at sea. Maritime London’s Officer Cadet Scholarships were established on the basis that excellent education and strong seafarer numbers are vital to the UK economy.”

Seafarers' union Nautilus also welcomed the report's call for the government to do more to tackle the threat of significant shortages in the country’s maritime skills base. Nautilus general secretary Mark Dickinson said: “This is a good report, which has taken onboard many of the issues that we raised in our written and verbal evidence to the committee. The MPs have correctly identified the increasingly urgent need to build upon the fine words within the maritime strategy by setting down tangible targets for recruitment and employment, backed up by adequately staffed and resourced regulatory and investigative agencies.”

Commenting on the report’s MCA findings, UK Chamber chief executive Guy Platten said: “Many shipping companies tell us that, despite the excellent work done recently by its Chief Executive, the Maritime and Coastguard Agency can be disjointed, enforcing regulation inconsistently across the country and, frankly, paying its skilled staff uncompetitive salaries.”

He added: “The work that the MCA does is vital – and so the committee is right to say it should be properly resourced. But it must also become more commercially focused, acting not only as a regulator but as a facilitator for shipping business. It should do more to promote and support the UK flag and British maritime business around the world.” However, the Chamber did not agree with the report’s findings that an independent review of the MCA is necessary.

John Waterhouse is a ubiquitous character in the U.S. maritime industry, a deep-thinker, a signature bow tie and more than…