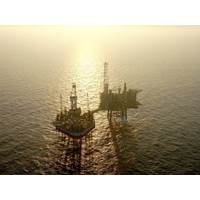 guidance for 2020, citing oil and gas companies' budget cuts and delays and cancellations in offshore drilling tenders.As previously reported, Maersk Drilling in April said it would lay off around 250-300 people in its North Sea crew pool, and mothball several drilling rigs due to the effects of low oil price on offshore drilling activities.The Danish offshore driller on Thursday announced a new round of cuts, this time onshore."...the need for onshore support is expected to be adversely impacted by the reduced offshore activity. Therefore, Maersk Drilling today announces that it intends to reduce 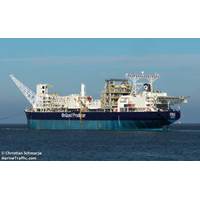 , an EnQuest spokesperson told Offshore Engineer Wednesday that the company had begun a six-week collective consultation with UK employees "as it takes decisive action to manage the business in the current challenging economic environment."The spokesperson reminded that given the prevailing low oil price and global demand that EnQuest had recently reviewed each of its assets and related spending plans. EnQuest expects economic production at its Alma/Galia offshore fields will cease in the second half of 2020, having been brought online in 2015 via the EnQuest Producer FPSO. The plan is now 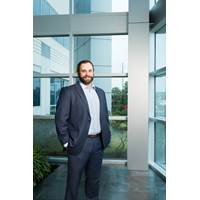 regions. Prior to this, he was commercial manager for Halliburton’s Pipeline and Precommissioning business in Aberdeen.   Based in Houston and Aberdeen, M² Subsea is the largest independent provider of ROV services, focused on reducing costs and risks to meet the demands of the low oil price environment

resulting in the anchorage at Pointe Noire, Congo being dominated by one supplier, while a customs crackdown in Angola has halted sales of competitively priced marine gas oil. The West African market is also suffering from a decline in the offshore and seismic vessel market as a result of the low oil price. Piracy, although in decline is still a serious consideration in the region, and fuel can be expensive, delivery is not always timely and the delivery infrastructure is often underdeveloped. However, one positive aspect was that the offshore European operators who had been active before they

informal contacts with OPEC and hinted in the past it might be ready to cut oil production to prop up prices. The seemingly unstoppable decline in oil is raising concerns about investment in future supplies, IEA Executive Director Fatih Birol said on Friday in Singapore. "The current low oil price makes me worried because it means lower investments in new oil projects," he said. "This year, oil investments declined more than 20 percent and more importantly we expect it will decline next year as well," Birol said. "We have never seen in the last 30 years oil investments 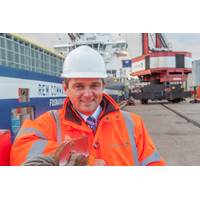 team to support growth and development of its offering as well as international expansion, the company said. He brings more than 15 years of experience and expertise in supply base, warehouse, quayside and environmental management which will support the company as it continues to innovate against a low oil price environment.   Coull will be based at the firm’s Aberdeen office and joins Peterson from TAQA where he held a number of senior roles most recently supply base and materials manager where he was responsible for quayside, warehouse, transport and environmental contracts for UK operations

MacGregor to Lay Off 100 Staff

MacGregor, part of Cargotec, plans to reduce workforce in MacGregor Uetersen site in Germany to restructure the operations to the weak market demand. The market situation has deteriorated due to the low oil price and low number of new merchant ship orders. Ensuring competitiveness in the long-term over the current market cycle requires constant development of MacGregor's operations globally. MacGregor is planning to start capacity adjustment measures which are estimated to have an impact on approximately 100 employees at MacGregor Hatlapa GmbH & Co. KG in Uetersen by the end of 2015.

North Sea helicopter pilots, vital for transporting offshore oil workers to and from platforms, threatened on Thursday to go on strike unless their employers improve voluntary redundancy terms in view of threatened job cuts caused by the low oil price.   Pilots are asking their employers to make better voluntary redundancy arrangements to reassure employees who are uncertain about whether their jobs are secure.   "The way the companies are going about (job cuts) is causing massive frustration," said Jim McAuslan, general secretary of the British Airline Pilots' Association 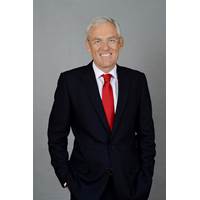 Cargotec to Sack 220 at MacGregor

Finnish cargo-handling machinery maker Cargotec announces savings measures in its subsidiary MacGregor to respond to the weakening market situation due to the low oil price and low number of new merchant ship orders.   Cargotec is laying off some 220 employees globally at its MacGregor business. The countries where the impact of the planned measures is estimated to be biggest are Sweden, Singapore and Norway.   "MacGregor is planning to reach savings by reviewing resourcing and making the necessary adjustments with a plan to reduce the use of external workforce and the number

employees and contractors will be laid off, Talisman spokesman Brent Anderson said, and employees will be notified beginning this week.   Other Canadian producers that have already announced job cuts include CNOOC-owned Nexen Energy, Suncor Energy Inc and Royal Dutch Shell.   "With low oil prices we have reduced our 2015 capital spending plans and with that reduced activity comes the requirement to make (job) reductions," Anderson said. "No oil company is immune to the low oil price and we are no exception."   Talisman cut its capital spending this year to $2.1

; "I look forward to continue to work to develop EMGS together with our highly qualified team. I believe our products and technology will make a difference for the oil and gas industry. The combination of different geophysical methods, including EMGS products, will be more important with a low oil price. EMGS products assist oil companies in reducing their expenses through increased drilling success," says CEO of EMGS, Bjarte Bruheim.