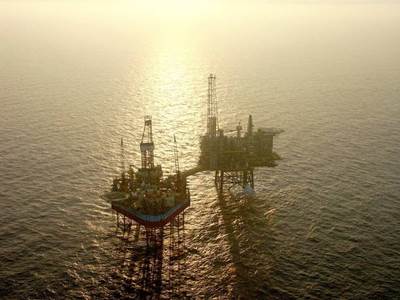 Offshore drilling company Maersk Drilling has announced a new wave of layoffs and has revised its financial guidance for 2020, citing oil and gas companies' budget cuts and delays and cancellations in offshore drilling tenders.

As previously reported, Maersk Drilling in April said it would lay off around 250-300 people in its North Sea crew pool, and mothball several drilling rigs due to the effects of low oil price on offshore drilling activities.

The Danish offshore driller on Thursday announced a new round of cuts, this time onshore.

"...the need for onshore support is expected to be adversely impacted by the reduced offshore activity. Therefore, Maersk Drilling today announces that it intends to reduce its onshore organization in the Danish headquarters and offices globally and that steps have been taken to initiate consultations with employee representatives and trade unions where such consultations are required locally."

Maersk Drilling expects that the process would lead to a total of 150-170 onshore redundancies globally.

CEO Jorn Madsen said: "With the outbreak of COVID-19 and the lower oil prices we are facing an unprecedented reality with significant implications for our business. Our ambition is to remain a leading company in our industry, and in order to safeguard that position we need to adapt our cost structure to the current business environment. This means that we need to take steps to reduce the workforce, which is unfortunate, not least in the light of the great efforts by our competent and dedicated employees, also over the past critical months.”

The company had in March revised its profitability guidance for 2020 for EBITDA before special items to USD 325-375m, however, another revision came Thursday.

"Since [the March revision], oil and gas companies have announced further reductions in spending budgets and sanctioning of new projects and ongoing tenders have been postponed or canceled. Further, certain existing contracts have been renegotiated, suspended, or terminated."

The company said that the revised guidance reflected expected adjustments to the existing contracts based on current customer dialogues, no additional contracts with financial impact in 2020, and COVID-19 related costs.

"To adapt the cost structure to the new business environment, Maersk Drilling has taken precautionary measures, including stacking of rigs and revised maintenance programs. The impact of these measures is included in the revised guidance," Maersk Drilling said.

In April, the offshore drilling firm said that Shell and Aker BP had sent termination notices for the semi-submersible Mærsk Developer and the jack-up rig Maersk Reacher.

Worth noting, news of Maersk Drilling terminating onshore staff comes just a day after Maersk Supply Service, an offshore vessel operator and a part of Maersk group, said it would let go 55 people in an effort to cut its onshore costs.