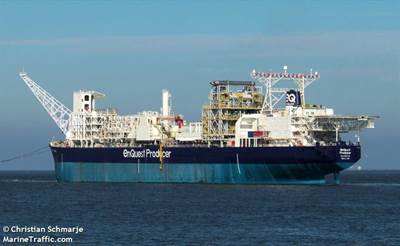 UK oil and gas producer EnQuest is planning workforce reductions in the UK as some of its North Sea fields are expected to cease production, while others will remain shut as part of a recently announced cost-cutting initiative.

When it comes to the planned workforce cuts, an EnQuest spokesperson told Offshore Engineer Wednesday that the company had begun a six-week collective consultation with UK employees "as it takes decisive action to manage the business in the current challenging economic environment."

The spokesperson reminded that given the prevailing low oil price and global demand that EnQuest had recently reviewed each of its assets and related spending plans.

EnQuest expects economic production at its Alma/Galia offshore fields will cease in the second half of 2020, having been brought online in 2015 via the EnQuest Producer FPSO. The plan is now for the FPSO to be removed to shore for recycling.

Also, the company has recently said it no longer plans to re-start production at the Heather and Thistle/Deveron fields, and has recently announced it is targeting $300 million of cost savings in 2020."

"This reduction in operational activity will inevitably lead to resource reductions, although EnQuest is seeking to keep this to a minimum. EnQuest expects to reduce the number of roles by 530," the EnQuest spokesperson said.

"EnQuest is focused on continuing to deliver SAFE Results throughout this timely and efficient collective consultation process that deals fairly with employees. The Company expects to have the new organization established in Q3 2020," the spokesperson said.

Oil & Gas UK, an industry body representing the UK offshore oil and gas industry has said that up to 30,000 jobs could be lost in the UK's offshore oil sector as companies grapple with the effects of the coronavirus pandemic and a 20 year low in oil prices and a 14 year low for gas.

"There is now a stark contrast in sentiment compared to the beginning of the year with all E&P companies and 93% of supply chain firms reporting a worse or significantly worse outlook for 2020," OGUK said in its report on Tuesday.

OGUK anticipate that CAPEX could fall to between £3.5-4 billion, the lowest investment since 2000, and amongst the lowest levels of investment since the early 1970s. OGUK also anticipates that OPEX will be reduced by 10-20%, compared to expectations at the start of the year, to around £6-7billion

OGUK has also warned that drilling activity this year could be down by 50% on 2019 levels – pushing activity levels to record lows, and the industry body has called for urgent action to protect energy security, jobs, and energy regions,