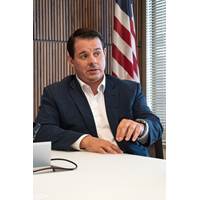 The Liberian Registry continues its efforts toward the recognition of seafarers as “key workers” and for much needed crew-exchange to be allowed at key ports globally during the global COVID-19 pandemic, and is looking to enlist the help of other flag States in this mission.  The Liberian Registry, already working with industry bodies such as the IMO, ICS, and ITF, calls for other major flag States to join in the continued effort to push for a global plan allowing for seafarers to safely embark and disembark from vessels.Chief Operating Officer of the Liberian International Ship and

for Seafarers) courses since January 2018. Prior to this, candidates who were doing the long duration pre-sea courses were issued Indian CDC."This initiative of the Directorate has mobilized lot of seafarers to pursue Indian CDC who otherwise were holding CDC for other flags like Panama, Liberia, etc. The ban on opening of the new pre-sea and post-sea institutes has been lifted and various requirements for approval of courses also delinked," said a government press release."This has considerably helped in opening of the new maritime training institutes. This shall definitely assist

Mariner Training in Brazil: Inside the Institute of Nautical Sciences

of hads on training.In November 2000, the ICN initiated the development of courses related to IMO Resolution A.891, IMO Resolution 1079 (courses for personnel working on offshore mobile units), concluded in early 2002, after which, following an evaluation by Bureau Veritas, it was accredited by the Liberian Maritime Authority. At the end of the same year, it began the evaluation process carried out by Petrobras, which, on behalf of the Brazilian government, was delegated by the Ports and Coasts Board. In May 2003, it obtained the accreditation of the Brazilian Maritime Authority. The ICN is also recognized 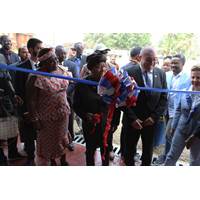 The Liberia Maritime Training Institute (LMTI) was officially opened by Liberia President Ellen Johnson-Sirleaf during an inauguration ceremony in Marshall City, Liberia, on January 5. The facility is named after John G Bestman, former Liberian finance minister and a member of the board of governors of the Central Bank of Liberia.  Under the management of the Liberian International Ship & Corporate Registry (LISCR), LMTI has undergone a massive renovation and facility modernization program over the past two years, resulting in the creation of a new campus and state-of-the-art facilities. 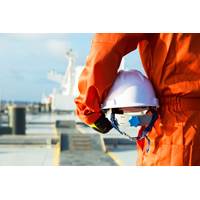 (5 percent).   Most of the 3,674 ships inspected during the CIC were general cargo/multi-purpose ships (1,062, 28.9 percent) and bulk carriers (789, 21.5 percent), and most inspections were performed aboard vessels flying the flags of Panama (433, 11.8 percent), Malta with (328, 8.9 percent) and Liberia with (314, 8.5 percent).   The campaign results will be further analyszd and findings will be presented to the Port State Control Committee. The final CIC report will be published on the Paris MoU website 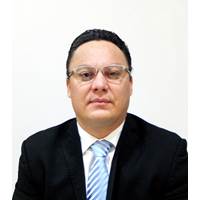 The Liberian Registry has announced new appointments in a number of areas within the global network of offices operated by its US-based manager, the Liberian International Ship & Corporate Registry (LISCR).   Gerard Kenny has been appointed Technical Manager of the Liberian Registry’s London office, where he will primarily serve as a technical advisor to the Liberian delegations to the IMO. A former technical manager and class surveyor with Lloyd’s Register in London and DNV in Sydney, Kenny was most recently Chief Marine Surveyor with the Virgin Islands Shipping Registry. 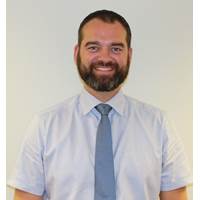 operations. Nielsen joined the team this month and will support Mombasa-based senior vice president David Mackay with operations activity across the region.   Nielsen joins ISS with agency experience in West Africa, having operated as a director at OBT shipping for over 10 years, working through Liberia, Sierra Leone, Guinea and Gambia. Prior to that, Nielsen was a MISE management trainee with A.P. Moller–Maersk and worked in various departments within Maersk before becoming Commercial Manager and Acting General Manager for the group in Mozambique. 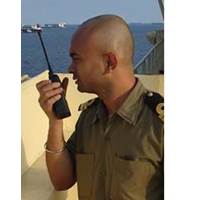 ; the cost is $50. It is also possible for companies to bulk purchase licences for multiple crew members. The courses include a full assessment and a printable certificate awarded upon achieving the requisite passmark.  Certificates are issued with full approval from the Government of Liberia. "Security Duties" expands on what is learnt in "Security Awareness" and provides additional, practical information for crew members who are more likely to face a security threat, such as bridge watchkeepers or gangway staff.  STCW defines these individuals as "sea