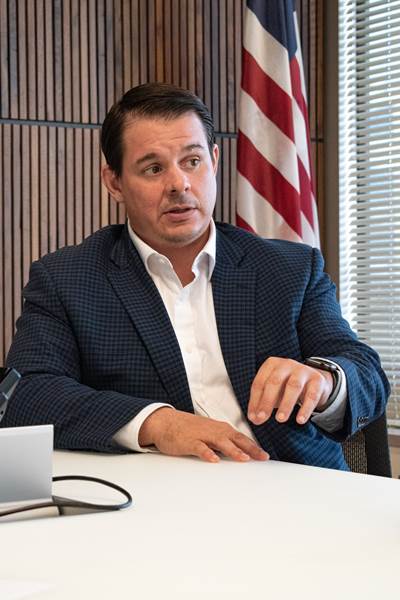 The Liberian Registry continues its efforts toward the recognition of seafarers as “key workers” and for much needed crew-exchange to be allowed at key ports globally during the global COVID-19 pandemic, and is looking to enlist the help of other flag States in this mission.

The Liberian Registry, already working with industry bodies such as the IMO, ICS, and ITF, calls for other major flag States to join in the continued effort to push for a global plan allowing for seafarers to safely embark and disembark from vessels.

Chief Operating Officer of the Liberian International Ship and Corporate Registry (LISCR), Alfonso Castillero says, “This is a very important issue globally for the safety of seafarers, the vessels that are vital to the transport of key goods.  Seafarers should be allowed the opportunity to return home upon the completion of their sea service, which to date has been largely not possible.  I have been very pleased with the cooperation and communication thus far in working closely with key bodies such as ITF, ICS, and the IMO.”

Castillero continues, “It has also been good to see the efforts of nations such as Singapore and others progressing to allow the continuous operation of their ports, and the recognition of the importance that seafarers play in the global economy.  There is a lot of work being done globally to get this achieved.  I strongly feel that the major flag States must work together in unison to make this shared priority of ours a reality.  I do sincerely hope that the other flag States will join us in this effort.”

Liberia has been the first flag State to implement various key measures which allow for the safe continuance of operations, such as introducing remote ship closings, remote ship surveys, and remote Annual Safety Inspections. In addition, Liberia has been working with industry stakeholders to push for the designation of seafarers as key workers, and to have crew exchanges conducted safely and regularly to ensure the safety of the global fleet and the maritime supply chain.  Liberia recently advised its entire fleet to continue reporting directly to the flag State any and all cases wherein seafarers aboard have suffered from compromised mental and physical health.  Liberia continues to ensure the safety of its ships, its seafarers, and the marine environment.