The Impact of Decarbonization on Shipping Finance

, “Ships are carbon-intensive assets designed with a life span of up to 30 years. A newbuild financed today will likely need to operate under a carbon price before its first five-year drydock, when modifications can be made. Yet today most lenders are making decisions without even factoring energy efficiency into lending decisions. By the end of its life span in 2050, that vessel could need to operate close to 90 percent more efficiently than when it was first delivered. We are working to ensure that the expertise of ship financiers is fully leveraged to enable and even accelerate the profitable 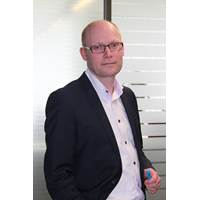 ;nen will focus on helping owners implement energy-saving measures already developed by Foreship. He will also offer expertise on the application of digitalization, hybrid, battery and fuel cell technologies in shipping, for which he is widely known in the maritime sector, drawing on a career in energy efficiency and retrofits.   In a 20-year period with ABB that included extensive managerial experience in both newbuilding and retrofits, Mr Räsänen ultimately became Head of New Technologies for the group’s Marine business. He played a leading role in advancing energy management

is a significant milestone for BHP Billiton. The operation will produce metallurgical coal for the steel industry and has been constructed with the latest technology to be one of the most productive, sustainable and highly performing metallurgical coal mines in the world,” he said. “Energy efficiency is a key focus for the mine and was built into its design and management system. This includes the use of highly efficient equipment and the optimisation of truck, shovel and dragline movements. This improves the efficiency of our energy use and helps minimise our greenhouse gas emissions. “ 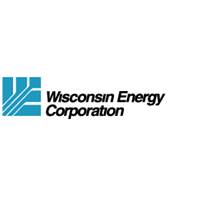 ;More than 99 percent of the combined company's earnings will come from regulated businesses," said Wisconsin Energy Chief Executive Gale Klappa, who will lead the combined company. Prices on both the open and regulated markets have fallen, due to an abundance of cheap shale gas, increased energy efficiency and tepid economic growth. Integrys also said it was in the late stages of a process to divest its non-regulated marketing unit, Integrys Energy Services, but would keep its solar generation business. Exelon Corp said in April it would buy Pepco Holdings Inc for $6.83 billion to cut exposure 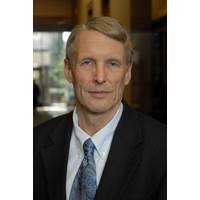 growing part of our business,” remarked Bill Wasilewski, Executive Vice President of CDI’s Global Engineering and Technology Solutions. “Although our Government Services operations have been challenged by declining federal Government budgets, our programs related to improving ship energy efficiency and maintenance and to new systems technologies have been growing. Ray has proven his ability to grow high value engineering operations like ours." 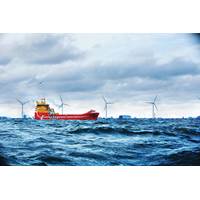 US: $4B in Loan Aid for Renewable Energy

projects. The Obama administration's draft plan would provide loan guarantees for innovative projects that limit or avoid greenhouse gas emissions. It will specifically focus on advanced electric grid technology and storage, biofuels for conventional vehicles, energy from waste products and energy efficiency. "We're back in business," Peter Davidson, executive director of the department's loan programs office, told Reuters. "We really want to go back to ... doing very valuable work for our economy going forward." Davidson said he hoped to have the loan offering finalized