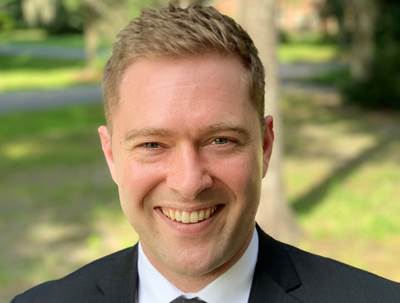 The appointment sees a return to Foreship for Sward, who served the company as a Naval Architect and Project Manager between 2015-2018 and led a variety of upgrade projects for high-profile cruise clients such as Royal Caribbean, Norwegian Cruise Line, Celebrity Cruises. Sward is a University of Michigan graduate in Naval Architecture & Marine Engineering and a member of SNAME.

In the intervening period, he worked as Engineering Manager of PaR Marine, a Georgia-based company specialized in mission critical machinery engineering for U.S. Navy ships. There, he led the team of engineers that designed and installed the first electric aircraft elevator in U.S. naval history and took responsibility for growing the PaR Marine engineering headcount by over 30%.

“Taking the opportunity to lead and grow an engineering department, and being part of the important work with the U.S. Navy was very appealing to me but I am delighted to come back to Foreship to work with some of the best naval architecture and marine engineering minds in the business,” says Sward. “Obviously, COVID-19 has disrupted the business world in 2020 but I look forward to meeting the challenges we face working alongside my friends and colleagues at Foreship.”

Sward can also call on oil and gas expertise, having served as a Technical Consultant for Granherne (KBR) based in Houston, focusing on floating production and storage offshore (FPSO) vessels.

“Ben’s previous contribution to Foreship was very much appreciated within the organisation and by colleagues, clients and by shipyard partners,” says Lauri Haavisto, Foreship CEO. “We experienced his professionalism in project management at first hand and we have been fully aware of his work to build up PaR Marine’s engineering team. We are delighted to welcome him back and offer him the opportunity to help shape Foreship’s business and the new generation of naval architects and marine engineers who will reinforce our presence in the United States.”

Much of Foreship’s U.S. focus will remain on the cruise sector, where the firm recently launched its four-step ship response service Project Hygiea covering interception, prevention, mitigation and evacuation for ships at risk from COVID-19 or other pathogens, the company says. However, Sward has also been tasked with growing Foreship’s role in the U.S. as a center for expertise in energy efficiency and sustainable energy sources, and driving diversification into more commercial and offshore projects.

Haavisto says the significance of the appointment is also demonstrated by Sward’s inclusion in Foreship’s steering group, the team of six top level managers responsible for company strategy. He adds that the September 1 start date affords time for a full handover of responsibilities by previous President Marcus Höglund, who has returned to Foreship headquarters in Finland having established Seattle as the company’s second U.S. location.

Humphreys to Lead LR's Maritime Business in the Americas

U.K.-based classification society Lloyd's Register (LR) has appointed Kevin Humphreys as its new Marine and Offshore President for the Americas.