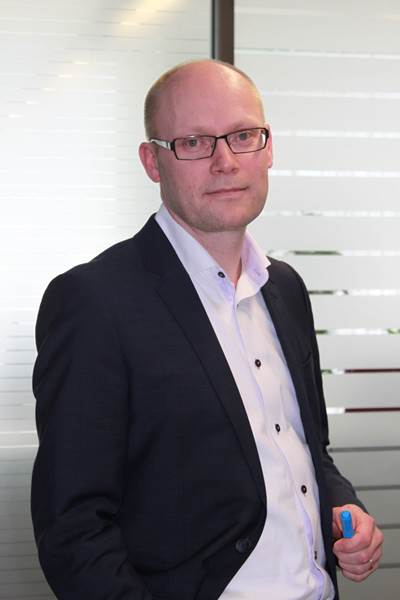 Foreship has appointed Jan-Erik Räsänen as its Head of New Technology effective from March 1, 2017. The new role expands Foreship’s energy-saving consulting services at a time when the cruise industry is considering the best way of harnessing fast-emerging hybrid, battery and fuel cell technologies.

Based in Helsinki, Mr Räsänen will focus on helping owners implement energy-saving measures already developed by Foreship. He will also offer expertise on the application of digitalization, hybrid, battery and fuel cell technologies in shipping, for which he is widely known in the maritime sector, drawing on a career in energy efficiency and retrofits.

In a 20-year period with ABB that included extensive managerial experience in both newbuilding and retrofits, Mr Räsänen ultimately became Head of New Technologies for the group’s Marine business. He played a leading role in advancing energy management and decision support through software and the adoption of battery technologies on working vessels, with landmark projects including the retrofit of the complete power and propulsion systems for two of the world´s largest emission-free electric ferries. In 2013, Mr Räsänen compiled and edited the widely-cited book ‘Energy Efficiency – The other alternative fuel’.

“This is a critical moment for shipping, given the range of technologies and many combinations available, and different views on whether battery technology is best installed at newbuild stage or during a retrofit,” says Mr Räsänen. “Foreship’s involvement in design projects from the very beginning, where the potential for true innovation is at its greatest, offers the best platform for my experience. I am convinced that one of the main cruise ship players will make a commitment to battery power before the end of this year, and Foreship’s goal is to consider the complete picture and design the best-performing ship. Technical objectivity is best achieved at this early stage, before suppliers become involved.”


“Cruise owners are aware that battery technology has been proving itself in the ferry market, especially in the commuter sector,” adds Mr Räsänen.  “The basic technologies we have in our hands today will be around for the coming 5-10 years. However, costs are likely to fall over the next two years, while I expect different battery chemistries to serve energy and power applications. This is a decisive moment for alternative energy sources in shipping.”
battery technologies • battery technology • energy
Email