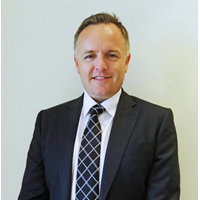 breakbulk market, having previously served in senior executive roles at Global Ocean AS and T.P. Shipping AS where he developed U.S. and U.K. subsidiaries of both companies. Morland was educated at DPH Technical College & BI Norwegian Business School with Shipping & Finance modules from Copenhagen Business School

was born and raised in Hungary, however, at the age of 18 he moved to Denmark to study International Shipping and Trade as well as gain experience within the shipping industry.Fabio Rossetti grew up in Denmark and holds a graduate diploma in Managerial Economics and Innovation Management from Copenhagen Business School.Nemish Jose is of Indian descent. He is an MBA Port & Shipping Management graduate from Indian Maritime University and speaks English, Hindi, Malayalam, and Tamil. Furthermore, he has six years of experience from the bunker business.The Middle eastern office has experienced rapid growth 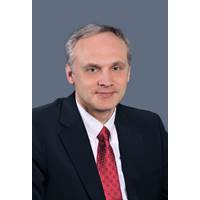 renamed SCF Management Services (Novorossiysk) in 2016.He graduated from the Admiral Makarov State Maritime Academy in 1992 as an engineer-navigator, and then from the Admiral Ushakov Maritime State University in 2001 as an economist. He holds an Executive MBA in Shipping and Logistics from the Copenhagen Business School, Denmark, received in 2011.Khaydukov holds the titles of Honored Worker of the Marine Fleet and Merited Worker of Transport of the Kuban region. He has also been awarded: a Certificate of Merit from Russia’s Ministry of Transport; a Certificate of Appreciation from Russia’s

roles in Copenhagen and Singapore. He joined Aston Business Solutions as CFO in 2000, and was subsequently Regional Director with ISS, one of the world's largest providers of Facility Services, before joining GN in 2007. Anders has a Master’s degree in Economics and Accounting from the Copenhagen Business School.   Henrik and Anders will take over from Pierre-Yves Julien and Kim Junge Andersen who have very successfully transformed Hempel to its current broader platform within coatings.   Anders Boyer-Søgaard will join Hempel no later than 1 June 2016. 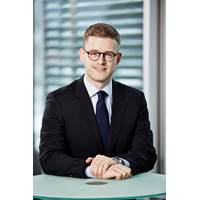 ;s primary place of work will be Bunker Holding’s head office in Middelfart, Denmark. However, his tasks will require much travelling to Bunker Holding companies across the globe. He holds a BSc degree in International Business and a MSc degree in Applied Economics and Finance from Copenhagen Business School. Parts of his education were completed in London and the U.S. Kristian brings experience from among others The Boston Consulting Group (BCG) where he worked as a management consultant mainly within shipping. Among his duties were analyses, project management, strategy, optimisation and 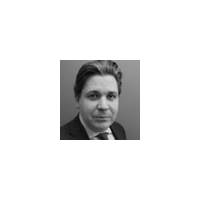 University. After his traineeship at the Higher Regional Court of Hamburg he worked as a Rechtsanwalt in the shipping/transport departments of first Wessing Behrenberg-Gossler (now Taylor Wessing) and then Ince & Co in Hamburg. He holds an Executive MBA in Shipping and Logistics from Copenhagen Business School. Robert replaces Phil Nichols who has retired after having served as claims director at the TT Club for 6 years. In his time at the TT Club Phil was involved in the development and implementation of a new claims and fee payments system and introducing audits for zero and low value claims