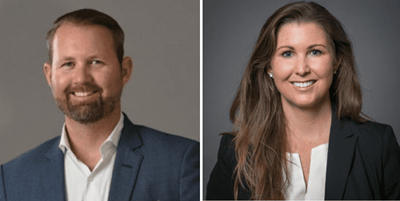 Farrell, III, was appointed Deputy CEO in April 2022 and brings 17 years of field operations and business experience at Resolve Marine; he joined the firm in 2006 as a salvage officer. Thereafter he was promoted to naval architect and project manager where he worked on and led high-profile salvage projects around the world. In 2018 he was appointed director, business development with oversight of the company’s Alaska and compliance divisions, shared resources (equipment, assets, and response depots), marketing and communications, and Resolve Academy.  He holds a B.S. in marine engineering from Massachusetts Maritime Academy, an M.S. in ocean engineering from Florida Institute of Technology, and an MBA from Cornell University.

Lana Farrell, also a second-generation family member with the company and currently manager of talent development, will add responsibilities and lead the company’s alternative investments division with oversight of Resolve Academy, the company’s marine firefighting and training division. She brings 10 years of business and operational experience and since joining Resolve Marine, has held roles in client services and administrative development. Ms. Farrell holds a BSN in Nursing from University of Florida and an MBA from Cornell University.

Joe Farrell, Jr., founder of Resolve Marine, remains CEO and Chairman of the Board. He will also continue his philanthropic efforts leading Mission Resolve.

Commenting on the appointments, Joe Farrell, Jr. said, “I am excited to announce the promotions of my son and daughter. Both bring deep knowledge of this business and leadership skills that have been proven, both off and on shore. On behalf of the Board, we are very proud of what the hardworking people around the world do every day at Resolve Marine. They are our greatest assets. Our future is in good hands as Resolve Marine expands and responds to marine casualties and maritime emergencies around the world, protecting the environment on every job.”