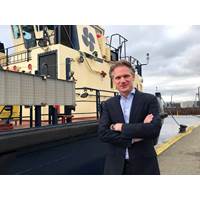 Maersk's towage operator arm Svitzer announced on Thursday it has appointed Arjen Van Dijk as its new Regional Managing Director (MD) for the Americas region, effective February 1, 2020.Van Dijk is taking over from Marc Niederer, who has decided to step down due to personal reasons and is currently considering various options for his future role, the company said.Van Dijk joined Svitzer in July 2019 as regional CCO and is now advancing to Regional MD. With more than 15 years in global shipping and transportation, he has lived and worked in the region for years and is today a well-known profile 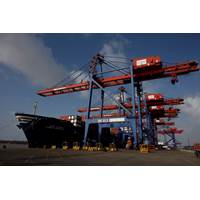 Chief Operating Officer (COO) Søren Toft has decided to pursue another opportunity outside the company and will leave A.P. Møller - Mærsk A/S effective today. CEO Søren Skou will take on the responsibilities of the COO in the interim.The Executive Board will hereafter consist of Søren Skou, Carolina Dybeck Happe, Vincent Clerc, and Morten Engelstoft.Søren Toft joined A.P. Møller - Mærsk in 1994 and became a member of the Executive Board in December 2017. 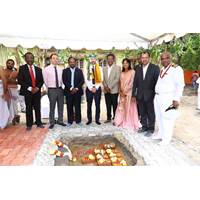 Maersk, a global integrator of container logistics, has laid the foundation stone of its planned ‘A.P. Moller – Maersk Center of Excellence’ facility at Thenpattinam (Tamil Nadu), to support skill development and training needs for Maersk cadets across job functions (deck, electrical and engine). Maersk signed a Memorandum of Understanding (MoU) with Academy of Maritime Education and Training (AMET) University to jointly operate this facility with an aim to maintain steady channel of Indian seafarers for its operations.The A. P. Moller – Maersk Center of Excellence will be 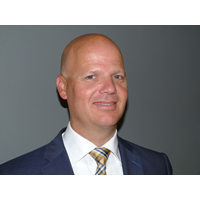 work closely with workboat operators and boat-builders serving task-oriented sectors, such as aquaculture, hydrographic and UXO surveying, dredging and oil-spill response. He also will support the company’s advanced situational awareness technology trials currently being piloted on an A.P. Moller-Maersk container ship that calls regularly in Rotterdam.Relou is based in The Netherlands with responsibility over Europe, Middle East and African regions.Strengths developed during Relou’s nearly three-decades-long career include persistence and perseverance, as well as the ability to build lasting 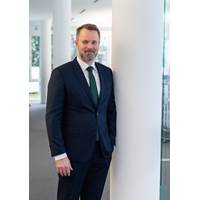 CEO of StormGeo. Andersen will take up his new position on September 2, 2019. Interim CEO, Henrik Dahl, will reassume his role as Non-executive Director on the Board of Directors of StormGeo.Andersen has more than 20 years of leadership experience from companies such as A.P. Møller – Maersk, APL, Rickmers and several start-ups. Most recently, he served as the CEO of 2020seaways, a modern shipowner focused on environmentally and economically superior container tonnage. He brings with him a vast, multi-segmented and multi-disciplinary network, a deep understanding of the challenges 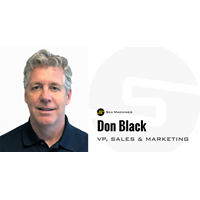 Machines autonomous-command and remote-control products for commercial workboats. He also has special oversight for supporting the development of the company’s advanced perception and navigation assistance technology for commercial ships and vessels, currently being trialed aboard an A.P. Moller-Maersk container ship. Black resides in Portsmouth, Rhode Island, but reports to the position from Boston.Having served as a senior executive for more than 25 years, Black brings to Sea Machines significant experience in strategy development, sales and marketing management, and product development. His 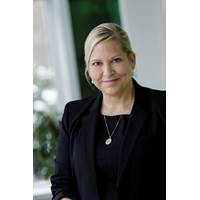 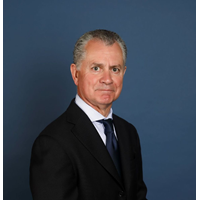 . During his career, he has operated across almost all sectors and functions in the industry, with a particular focus on ship management and helping companies achieve operational excellence. Graham has held a range of senior executive roles with companies including GasLog Limited, Teekay Corporation and Maersk UK.  He has also occupied a number of industry positions, most notably as Chairman of INTERTANKO, a position he held for five years.Commenting on the announcement, John Pattullo, Chairman of V.Group, said: “I would like to thank Ian for his significant contribution to V.Group. Ian 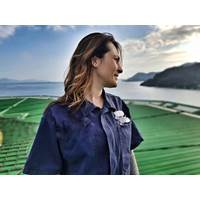 ;!”Building successThe OSM CEO believes Vivian Maia* provides a typical example of how females can forge successful careers within the industry. Maia joined OSM in 2011 after graduating from the Merchant Marine Officers School in Rio de Janeiro and spending two years as a Deck Officer with Maersk. She then helped the, at the time, recently formed OSM Brazil set up operations in the country, recruiting, hiring and planning for crew members on the vessels Dan Swift and Deep Sea. Maia is now responsible for crewing a FPSO managed by OSM in Brazil.“It’s been an exciting and fulfilling 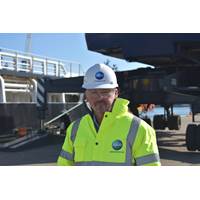 HQ in Aberdeen, will focus on the operation of the company's supply bases in Peterhead and Aberdeen.Mitchell has worked in oil and gas for 34 years and has experience both in the U.K. and internationally with several major international oil companies including Chevron, Oryx Energy, Kerr-McGee and Maersk Oil, where he held the role of Global Head of Logistics. In his role at Maersk

. He will be based in Paris and report to the Chief Executive Officer, Sophie Zurquiyah.Baidoukov brings to the role 25 years of international oil and gas industry experience. He is currently Group CFO at OiLSERV Group, a Middle East and North Africa Oilfield Services company. Prior to this, he was CFO of Maersk Oil US, and Group CFO of Integra Group, a CIS oilfield services company. Baidoukov spent 10 years of his career at Schlumberger in finance positions at the corporate and regional levels.Baidoukov holds an MBA degree from TRIUM Global Executive MBA, a joint program of NYU Stern School of Business 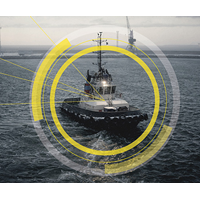 a second office in the port city of Hamburg, Germany, which provides convenient access to several key locations and is supporting the company’s growing demand for engineering, sales and marketing across Europe. Then, in April, Sea Machines shared that it had signed a contract with A.P. Moller-Maersk, of Copenhagen, Denmark, to trial its industry-leading perception and situational awareness technology aboard one of the company’s new-build ice-class container ships.Later this year, in September, the company will release its SM300, the world’s first productized industrial-grade control 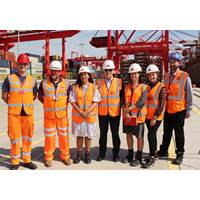 Peel Ports welcomed Maritime Minister Nusrat Ghani MP to its flagship container terminal Liverpool2 on Wednesday as the terminal prepares to welcome its largest regular caller to date when 2M (Maersk and MSC alliance) introduces a new transatlantic container service to the port.The Minister met with Chief Operating Officer Patrick Walters and received a tour of the port, as well as meeting with workers from varying roles across the container terminal.Walters said, “Workforce diversity is very important to us, blending attributes and skills enables our people and our business to perform to their

delivery organization; consolidated several regional operations in to a “Shipment Management Center” located in Atlanta, Georgia; and achieved 50% peak volume increases and record net freight values in under 24 months. In addition to his tenure at MOL, Corcoran spent nearly 20 years with Maersk Group serving in a variety of roles including process engineering, systems development and management 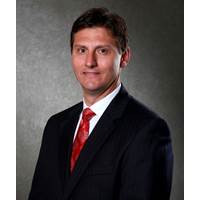 leads CMA CGM’s U.S. Operations team from its headquarters in Norfolk, Va. He began on June 25, 2018, and he reports to the Ludovic Renou, President of CMA CGM America.Haas has more than 27 years of experience in shipping, terminal operations and executive management. For 21 years, Haas worked at Maersk, including APMT and Sea-Land, taking on a variety of roles in the U.S. and abroad. Among his assignments, he was COO of the APMT terminal in Oman, General Manager of Business Development in The Hague, and COO of Greater China. In 2012, he concluded his service at APMT as the Port Director in Houston 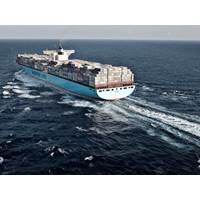 Denmark's A.P. Moller-Maersk has chosen Carolina Dybeck Happe as its new Chief Finance Officer, it said on Wednesday.Happe will take the position at a time where Maersk is undergoing a strategic transformation from a broader conglomerate including an oil business to a more focused shipping company.The 45-year Swede, who comes from a CFO position at the world's biggest lock group Assa Abloy, will start on Jan. 1 2019 at the latest, Maersk said in a statement.The move comes after former CFO Jacob Stausholm stepped down in March after the company decided to separate the finance role from its IT