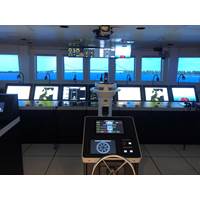 USMMA: Teaching with Simulation in the Maritime Field 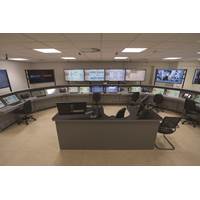 brands – providing a world-class standard for safety and excellence in maritime operations. Referred to as role-based bridge and engine room management, the approach is based on roles rather than ranks, with the officers operating as a coordinated team.    The system builds on the airline industry model by using navigator and co-navigator roles. The navigator, who is “conning” the ship, is required to verbally communicate intentions to the co-navigator, whose tasks include monitoring, cross-checking and supporting the navigator. As needed, they are supported by the operations 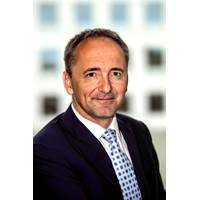 its systems as the oil and shipping group steps up its drive to become more efficient and save costs at a time of low oil prices and declining freight rates. The more than 100-year-old conglomerate's digital push will mean that in theory, it should be as easy to book a container as booking an airline ticket, Chairman Jim Hagemann Snabe told Reuters shortly after he was elected. "We transport goods in the physical world and that won't change as we won't start beaming things around the world," the former co-CEO of German software company SAP said. "It is not about replacing

internet/e-commerce industries. He has previously been Group CFO at Eurofins Scientific and spent over eight years with the Thomas Cook Group in London and Frankfurt where he held roles including CFO of its online division, as Investor Relations Director and as Group Financial Controller for its German airline subsidiary Condor. He has also served as a management consultant at several firms. Peter received his MBA from ESSEC and the University of Mannheim and a PhD in Strategy from the University of Paderborn in Germany.   Waller succeeds Arjan Kaaks, who has chosen to leave CEVA to pursue new 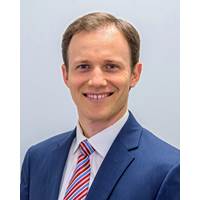 ;s day-to-day financial operations. Prior to joining Intermarine, Call was employed by Ernst & Young LLP where he served in the company’s Assurance Services for five years. While in this position he gained diverse experience and expertise across the transportation, oilfield, manufacturing, airline and real estate industries. Call received a Master of Accountancy from Brigham Young University in 2005. He is a Certified Public Accountant, licensed in the State of Texas. Call is active in community service activities through religious organizations and the Boy Scouts of America.

of James Finlay Ltd in UK for the last seven years. Before that, from 2004 to 2008, he was the Director of Cargo in Cathay Pacific Airways. Mr Mathison was previously the Director and General Manager of Cathay Pacific Loyalty Programmes Ltd and held a number of other senior management positions in the airline in various countries around the world.   Mr Neil Glenn, the outgoing MD has stepped down from his role as Managing Director of SPO on Friday, 18 September 2015.  He has also relinquished his position as Director of the SPO Board. During his years with SPO, Mr Glenn was an active member

asking their employers to make better voluntary redundancy arrangements to reassure employees who are uncertain about whether their jobs are secure.   "The way the companies are going about (job cuts) is causing massive frustration," said Jim McAuslan, general secretary of the British Airline Pilots' Association (BALPA).   The union said pilots were complaining of their crews making mistakes because they were distracted and concerned by the prospect of losing their jobs.   The union's executive council will decide early next month whether to move to a formal strike vote

where he was responsible for BA’s worldwide customer services operation, and latterly with Gray Dawes Travel as CEO. Elaine Holt will join Carnival UK on October 1 as David Noyes’ replacement as executive vice president operations following a highly successful career in the rail, road and airline industries. She has led a series of transformational programmes as executive chairman of East Coast Mainline and before that as managing director of First Capital Connect.  Most recently she has acted as a non executive director of the Highways Agency. Commenting on the appointments, Dingle