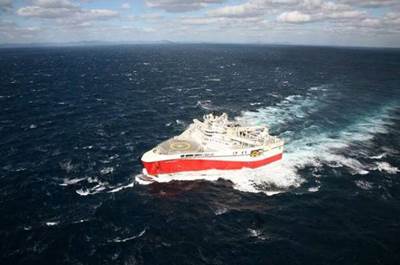 The company said its plan is to bring annual gross cash cost run-rate to approximately $400 million through staff reductions, reorganization, consolidation of offices, re-negotiation of service agreements, and other cost measures.

"The Covid-19 pandemic and related disruption in the oil market have caused unprecedented challenges for the seismic industry and will temporarily cause a significant reduction of activity levels. PGS is responding to this challenge by further adjusting its cost base to the lower activity level while retaining its core global capabilities and ability to scale up when demand resumes," PGS said.

The company has previously announcedthe stacking of two out of the eight 3D seismic vessels operated at the start of the year, and several other cost measures. It on Monday said three vessels would be stacked (including the previously announced two).

"The Company will now take steps to address the lower market activity by further streamlining its organization and reducing office-based personnel by approximately 40%, including reductions already implemented," PGS said.

"The corresponding gross cash costs for 2020 are estimated to be approximately $460 million, excluding severance and other restructuring costs of approximately $30 million expected to be recognized in Q2 and Q3 2020. The annual gross cash cost run rate is based on operating five 3D vessels. The Company is prepared to adjust operated vessel capacity and offshore crew levels further if required," PGS said.

A PGS spokesperson said: "During 2019 we had on average 1256 employees (disclosed in the 2019 annual report) of which approximately 400 are offshore crew. Of the approximately 850 office employees we are reducing 40% or ~340 employees."

Responding to our question about which vessels have been stacked, the spokesperson added: "We have in Q2 cold stacked PGS Apollo and Sanco Swift. We plan to warm-stack one additional vessel during Q3."

Offshore seismic contractors, especially the owners of survey vessels, are the ones who will suffer the most from low oil prices and COVID-19 when it comes to the oil and gas supply chain, Rystad Energy said in its recent analysis.

The Norwegian energy intelligence recently said that offshore seismic revenues were estimated to fall in 2020 by 51% in a $30 Brent scenario and by 77% if the Brent falls to $20, compared to levels seen in 2019.