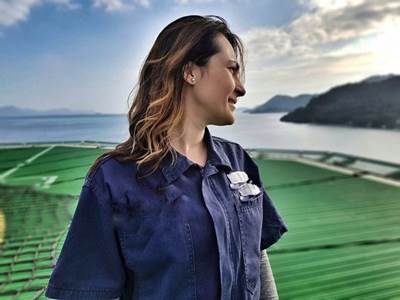 In his first week in the new role of OSM Maritime CEO, Bjørn Tore Larsen has outlined his vision for greater female participation in the maritime industry, particularly with regards to vessel crews.

Larsen, the founder and Chairman of the global ship management company, believes a healthier gender balance will help shipping in the quest for long-term success and commercial sustainability.

OSM is a leader in the ship management segment, with over 500 vessels in the fleet, approximately 30 office locations and some 11,000 expert seafarers. As a member of the United Nations Global Compact (UNGC) the company is focused on supporting the UN’s Sustainable Development Goals (SDGs), including that of Gender Equality (SDG 5).

There is, Larsen says ahead of this week’s International Women’s Day, much to be done to achieve that objective.

“A diverse workforce is a strong workforce - offering a range of experiences, perspectives and talents – so the lack of female crew is an issue the industry needs to address. That spans from the recruitment process (being open to and actively encouraging female applications), through to company cultures, and the conditions and attitudes on board. At OSM we’re working to attract new female colleagues and celebrate the success of the ones we already have. I’d encourage the rest of the industry to do the same.”

The right balance
The International Transport Workers Federation (ITF) estimate that only 2% of crew in the world fleet are female, with 94% of those working on either cruise or passenger ships. OSM is targeting the ambitious goal of increasing its female crew ratio to 5% across its core sectors (tankers, bulkers and offshore). The firm already has a majority of 62% of its office positions filled by female staff.

“This isn’t just a question of doing right by society, but also one of providing both the best working environment for our colleagues and optimal services to our growing client base,” Larsen notes. “Balanced workforces offer strength in depth and, as has been proven over the years, instil better morale and job satisfaction. In short, increased female participation in maritime is a clear ‘win-win’!”

Building success
The OSM CEO believes Vivian Maia* provides a typical example of how females can forge successful careers within the industry. Maia joined OSM in 2011 after graduating from the Merchant Marine Officers School in Rio de Janeiro and spending two years as a Deck Officer with Maersk. She then helped the, at the time, recently formed OSM Brazil set up operations in the country, recruiting, hiring and planning for crew members on the vessels Dan Swift and Deep Sea. Maia is now responsible for crewing a FPSO managed by OSM in Brazil.

“It’s been an exciting and fulfilling journey,” she comments, “working both on- and offshore and helping to establish OSM in what is now a key market. I can’t recommend this industry enough for those that are ambitious, passionate and driven by achieving results and delivering excellent service. I’m proud of how my career has developed so far and excited about what lies ahead.”

The road ahead
OSM will now be looking to raise awareness of opportunities for female crew in the run up to, and following, the IMO World Maritime Day on 26 September. The theme for the day is ‘Empowering Women in the Maritime Community’.

Bjørn Tore Larsen founded OSM in Norway in 1989 and has been actively involved ever since.

OSM provides a comprehensive range of bespoke solutions for its customer base – ranging from complete ship management and all-inclusive arrangements to individual value-added services, such as crewing, procurement, accounting and insurance.