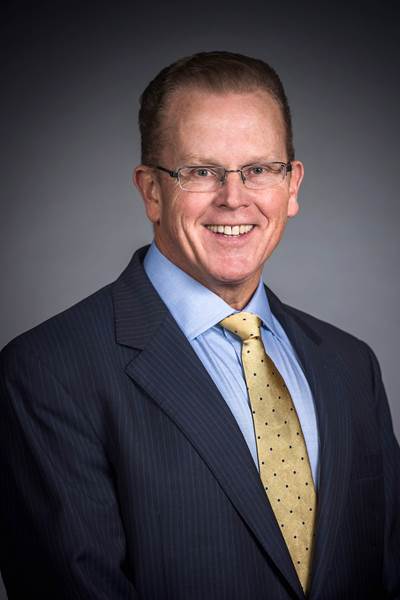 KVH Industries, Inc., announced that its Board of Directors has appointed Brent C. Bruun as President and Chief Executive Officer and a member of the Board. The Board also appointed two seasoned industry executives, David Kagan and David Tolley, as directors of KVH.

Bruun first joined KVH in 2008 and has served as KVH’s Interim President and Chief Executive Officer since March 2022. He also served as Chief Operating Officer of KVH beginning in 2016, as well as Interim Chief Financial Officer of the Company. Prior to that, he was executive vice president of mobile broadband, senior vice president of global sales and business development, and vice president of global sales and business development. He previously served as senior vice president of strategic initiatives for SES AMERICOM, a satellite operator providing services via its fleet of 16 geosynchronous satellites covering North America. Earlier in his career, Bruun held positions at KPMG LLP and General Electric. He holds a B.S. in accounting from Alfred University and is a certified public accountant.

Bruun commented, “I am very excited to take on the permanent Chief Executive Officer role and appreciate the confidence the Board has placed in me. I am committed to driving progress across both the mobile connectivity and inertial navigation businesses. I look forward to working with the Board, senior leadership, and my fellow employees around the world to expand upon our foundation of innovation, leadership, outstanding products, and commitment to customers as we work to build sustainable results and drive profitability.”

Cathy-Ann Martine-Dolecki, Chair of the Board, commented, “We would like to congratulate Brent on his appointment as President and Chief Executive Officer. Our Nominating and Corporate Governance Committee conducted an extensive search process with the assistance of a nationally recognized executive placement firm and considered several well-qualified candidates. As the process continued, it became clear that Brent is the best choice to lead the Company going forward. He has the right experience, deep knowledge of KVH and our products and services, and management capabilities to successfully execute on our long-term strategy. We have already seen him succeed in the interim position and are confident that he is the right person to achieve the Company’s goals, including sustained profitability, positive operating income, and enhanced shareholder value.”

Martine-Dolecki continued, “We are also pleased to welcome Dave Kagan and David Tolley to the Board. Both individuals bring important experience and perspectives. Kagan is a satellite industry veteran with more than 25 years of relevant experience. Currently the CEO of Globalstar, Inc., he brings executive leadership and turnaround expertise, as well as finance and transaction experience. Tolley brings decades of extensive capital markets, financial and operating experience, having served most recently as Chief Financial Officer of each of Intelsat and OneWeb. He also brings expertise investing across the satellite and telecommunications industry and has significant board experience. We look forward to working with both of them.”

Kagan has served as Chief Executive Officer of Globalstar, Inc. (NYSE: GSAT) since September 2018, where he also served as President and Chief Operating Officer from December 2017 to September 2018 and from January 2016 to March 2017. From March 2017 to November 2017, he was the Chief Operating Officer of Speedcast International Limited. Kagan previously served as President of ITC Global LLC, a premier VSAT satellite services provider, from August 2014 to September 2015, and President and Chief Executive Officer of Globe Wireless LLC from June 2011 until it was sold to Inmarsat in August 2014. Prior to that, he served as President and Chief Executive Officer of Maritime Telecommunications Network, a major satellite services provider to the cruise, yachting, and maritime markets, from January 1997 to December 2008. Earlier in his career, he was Vice President-Finance, Treasurer, and Co-Chief Financial Officer at Norwegian Cruise Line from 1994 to 1997. Kagan holds a master’s degree of Business Administration from Florida Atlantic University and a bachelor’s degree in both Finance and Marketing from the University of South Florida, Tampa.

Tolley most recently served as Executive Vice President and Chief Financial Officer of Intelsat S.A. from June 2019 to March 2022, where he helped to lead a multi-billion dollar restructuring of one of the world’s largest satellite providers. Before joining Intelsat, Tolley served as Chief Financial Officer for Network Access Associates Ltd. (formerly known as WorldVu Satellites Limited) (“OneWeb”) beginning in 2017. From 2000 to 2011, Tolley served as a Senior Managing Director in the Private Equity Group at Blackstone, where he led satellite services strategy and investing and served on the Private Equity Investment Committee. From 1990 to 2000, he was a Vice President at Morgan Stanley in the Investment Banking Division, where he provided banking and advisory services to established and emerging companies in the broader communications sector. He has served on the boards of directors of eight public and private companies, including ExteNet Systems from 2016 to 2019, New Skies Satellites from 2004 to 2006 and Centennial Communications from 2001 to 2005. Tolley holds a Master of Business Administration degree from Columbia Business School and a Bachelor of Science degree in Economics and History from the University of Michigan.