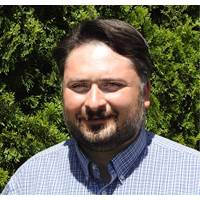 Postdoctoral Research and Development Fellowship with ASL Environmental Sciences Inc. from 2013–2016.  This research program was designed to continue the theme of study of his Ph.D. program as part of the ArcticNet–Industry Beaufort Sea Research collaboration between ArcticNet, BP, Imperial Oil, and ASL.  He completed research within the following topics:  1) surface atmospheric circulation systems—changes and trends for the western Arctic, 2) momentum coupling of atmospheric forcing to ice and near-surface ocean regimes, and 3) wind-forced propagation of ocean waves

for Exxon Company International in 1990. The following year, Mulva was named finance director of the Exxon companies in Malaysia. He returned to Exxon Company U.S.A. in 1993 as upstream controller and later became the company’s assistant controller. In 1996, he was appointed controller of Imperial Oil Limited, Exxon’s Canadian affiliate. In 1998, Mulva was appointed senior vice president, finance and administration, and a director of Imperial Oil Limited. In 2002, he became vice president of investor relations and corporate secretary of Exxon Mobil Corporation at the company's corporate