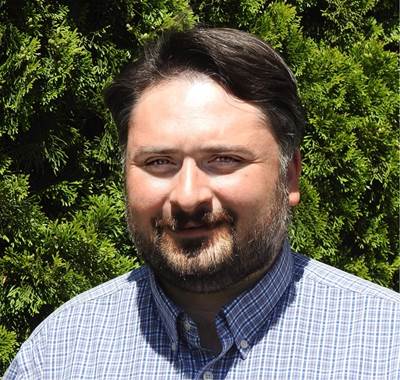 Dr. Asplin brings a diverse set of multidisciplinary research skills in meteorology, sea ice, and oceanography, and has over 15 years of experience in these fields.  He will be responsible for project management and client liaison tasks for projects across these disciplines, and will also be active in responding to business development opportunities and academic collaborations, as well as expanding new consulting services to ASL's present clients. Dr. Asplin will also be active in strategic planning, marketing and actively participate in scientific conferences and workshops.

Dr. Asplin had previously completed a NSERC Industrial Postdoctoral Research and Development Fellowship with ASL Environmental Sciences Inc. from 2013–2016.  This research program was designed to continue the theme of study of his Ph.D. program as part of the ArcticNet–Industry Beaufort Sea Research collaboration between ArcticNet, BP, Imperial Oil, and ASL.  He completed research within the following topics:  1) surface atmospheric circulation systems—changes and trends for the western Arctic, 2) momentum coupling of atmospheric forcing to ice and near-surface ocean regimes, and 3) wind-forced propagation of ocean waves into the periphery of the pack ice.  Dr. Asplin followed this work with W. Garfield Weston Fellowship in Northern Research at the Department of Geography at the University of Victoria, where he investigated synoptic meteorological drivers of storm surge events in the western Canadian Arctic, including a traditional knowledge study through direct consultations with residents in three coastal communities in the Inuvialuit Settlement Region.

Dr. Asplin completed a Ph.D. at the University of Manitoba under Dr. David Barber investigating how Arctic storms influence dynamic and thermodynamic processes in Arctic sea ice and across the ocean-sea ice atmosphere interface, and how these processes might change with climate change.  This project details an emerging ice-free Arctic ocean over the past decade that reveals a surface that absorbs and retains more solar radiation and thus is apt to be characterized by a delayed winter freeze-up, increased autumn storminess, and higher frequencies of large waves and swells.  Waves can propagate into the pack ice, causing flexural swell and mechanical breaking of the sea ice cover, thereby changing ice floe size distributions towards smaller diameter floes.  Dr. Asplin conducted field work for this project on board the Canadian Coast Guard Ship Amundsen, through the ArcticNet Network of Centres of Excellence, the 2007–2008 International Polar Year Circumpolar Flaw Lead System Study, and the ArcticNet–Industry Partnership Program (2009–2011).

Scott Theriot has been named president and CEO of Southwest Shipyard L.P., effective August 12, 2020.Theriot takes over from…

Ship management and marine support services giant V.Group said on Wednesday it has appointed René Kofod-Olsen as the company’s…