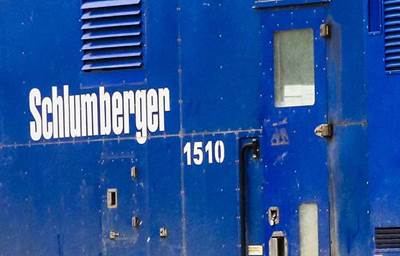 Oilfield services provider Schlumberger on Tuesday said it will implement widespread salary and job cuts as it grapples with a sharp decline in revenue from the oil price collapse.

Oil prices have plunged by more than 60% since the start of the year, prompting scores of oil and gas producers to slash spending on drilling and services. On Tuesday, U.S. oil benchmark futures were trading around $20.69 a barrel.

The coronavirus pandemic has sharply cut oil demand, while top producers Russia and Saudi Arabia have pledged to pump full bore from April 1, flooding the market with new supply.

Schlumberger said its executives will take a voluntary 20% base salary reduction, starting April 1, and worldwide support personnel will adopt unspecified "modified schedules" that reduce salaries, the company said in a statement.

In North America, it will accelerate a restructuring that includes job cuts and furloughs over the next couple of months, a spokesman said. The company had previously announced plans to reorganize its land-based operations in North America, including idling some 50% of its hydraulic fracturing equipment.

Schlumberger last week said it would reduce its 2020 capital spending budget by 30% due to the price crash, joining a host of major energy companies that have slashed spending amid the twin supply and demand shock.