What does Trump's Presidency Mean for the Power Industry? 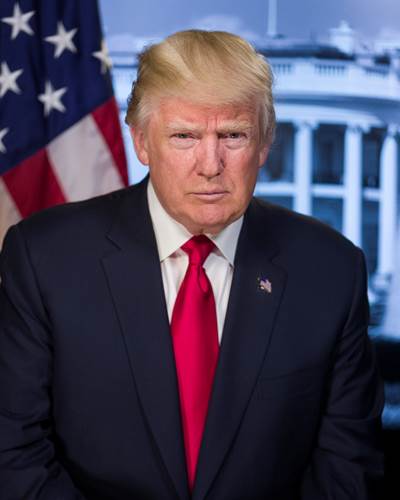 Donald Trump has promised numerous changes, many of which impact the sectors that NES Global Talent operates in. Although he has only been in office for 39 days at the time of writing, he has already made numerous policy adjustments.
In a recent NES survey, 63% of oil and gas professionals felt Trump’s government will have a positive effect on the oil and gas industry and 64% from the U.S. felt more confident about their job prospects as result, but we also wanted to get an expert opinion on how Trump's government may effect the power market.
In this interview, our Technical Director for the power generation industry in the US, Dustin House, gives his insight into how he feels the new government will impact this sector and what affect this could have on power jobs in the US and across the world.
How do you feel Trump’s presidency will affect the power market in the US?
Only time will tell, but if Trump has proven anything in his first 30+ days in office it’d be that policy changes are uncertain but can come across the line quickly.
Trump has, however, remained very consistent on his goals of improving infrastructure, reducing regulations on energy and creating jobs (all good things for the power market). In his first month in office, Trump has already signed executive orders and memorandums around expediting environmental reviews for high profile infrastructure projects and streamlining the permitting process and reducing regulatory burdens for equipment manufacturers; both of which should benefit the power generation space.
How do you feel it will affect the power market across the globe?
Again, there is some uncertainty given the amount of time that President Trump has held office, but aside from hearing concerns from environmentalists around increases in greenhouse gas emissions, one positive for the US market would be Trump’s plans to increase natural gas exports to places like Europe (where certain areas depend on natural gas from Russia) and China (who deal with air pollution issues from over-dependency on coal). More natural gas exports should allow a level of environmental improvements abroad, whilst benefitting the US economy at the same time.
Are there any particular areas of the power market that will benefit or suffer?
I’d expect to see slight benefits for the coal industry with less restrictions being imposed by the Trump administration. However; I say this with an element of caution as the transition away from coal may be inevitable with cheaper fossil fuels (natural gas) and anticipated growth in the renewable market (wind, solar). The Renewable Sector is here to stay and should continue to expand given the low/no cost of fuel from solar and wind, and the emphasis on cleaner energy and lower emissions.
We could also see a resurgence in the Hydro Power market (also renewable/clean), which again was hampered during Obama’s presidency. We’ve already begun to see an increase in scheduled equipment maintenance projects across the US.
Expectations are that Trump will reverse  the Environmental Protection Agency’s Clean Power Plan and reduce allowances and subsidies provided to the wind and solar markets, so we could see some delays in new construction projects while owners & asset managers adjust (particularly across wind farm construction).
How do you see this affecting power jobs?
I think the overall opinion is that a Trump Presidency is a good thing for professionals working in the power industry. A reduction in government intervention, increased spends on infrastructure and manufacturing, and increasing exports should support our ability to put more people to work.
I do think many people throughout the Rust Belt and coal-producing states (many of whom supported Trump through the election) might still find that jobs aren’t going to return to the high levels that many want, despite Trumps’ rallying cry throughout the election (and now).
It’s of my opinion that many of these factories may not reopen whether it be due to advancements in technology, globalization efforts made by these industrial & manufacturing businesses, or whether it be the shift to cleaner sources of energy. Many of these industrial towns entered decline when the factories and many of the employees left, and it would be a tough task for any president to revitalize this area the way Trump has promised.
cleaner energy • Donald Trump • energy
Email