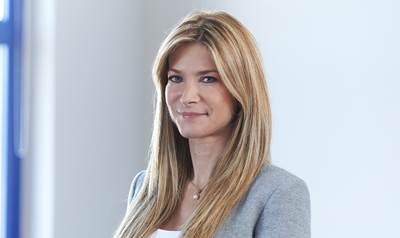 Watson Farley & Williams (WFW) announced that, following the election of George Paleokrassas as the firm’s senior partner, partner Alexia Hatzimichalis will be taking over as Athens office head.

Hatzimichalis, who joined the firm in 2001 and made partner in 2014, also heads the assets and structured finance team in Athens. Qualified in England and Wales, originally as a barrister and then as a solicitor, Hatzimichalis advises on a wide range of ship finance matters for clients including Greek and international banks, other financial institutions and ship-owning groups and U.S.-listed companies. She is recommended as a leading expert in her field by legal directories Legal 500 EMEA, Chambers Europe and Chambers Global, with the latter noting she is "extremely fast, reliable in her work and with excellent client-handling skills”.

Paleokrassas, who becomes WFW’s senior partner on February 1, 2022, said, “I am delighted that Alexia’s long-standing commitment to the firm and our people as well as her abilities as a leader and unifier have been recognized with her appointment as our new Athens office head. I have had the privilege of leading WFW Athens over the years and overseeing its significant expansion. The office and our people are very dear to my heart and so I am pleased to leave them in Alexia’s very capable hands.”

Hatzimichalis said, “I am deeply honored to have been chosen as WFW’s new Athens office head, especially following such a long-standing, successful and highly respected predecessor as George. I look forward to working with everyone in Athens to maintain a sustainable business and ensure the further growth of the firm.”