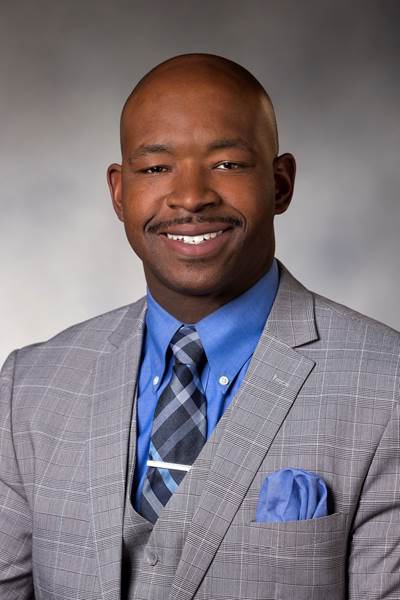 The Duluth City Council last week appointed Tyrone Walker to the Duluth Seaway Port Authority Board of Commissioners. Walker, an ironworker with Lakehead Constructors and Ironworkers Local 512, succeeds Norm Voorhees, whose final term on the board concluded in early October.

Walker’s appointment to the Port Authority board runs through October 10, 2026.

Raised in Chicago, Walker relocated to Duluth in 2015 after earning his welding certification. Since then, he has worked on multiple welding and steel-fitting projects throughout the Twin Ports. He recently completed his Local 512 apprenticeship and became a journeyman. His latest focus with Lakehead includes Husky Energy’s Superior Refinery rebuild project.

“We are excited that Commissioner Walker is joining our board of commissioners,” said Deb DeLuca, executive director of the Duluth Seaway Port Authority. “We have a great board – the commissioners are very engaged and represent a broad spectrum of business concerns. Commissioner Walker brings an important union and labor perspective to the board.”

The Duluth Seaway Port Authority is an independent public agency created by the Minnesota Legislature in 1955 to foster regional maritime and economic development and advocate for port interests. The Port Authority is governed by a seven-member board of commissioners – two appointed by the governor of Minnesota, two by the St. Louis County Board and three by the Duluth City Council.