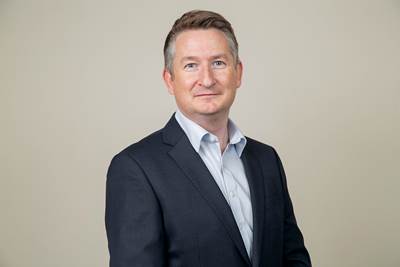 Carlton Resource Solutions has strengthened its senior management team with the addition of a highly experienced director to a key strategic role.

With 22 years’ experience in oil and gas recruitment, Doug Robertson has joined the Aberdeen-based business as operations director with a remit to enhance the firm’s capabilities through his expertise both in the UK and internationally.

Most recently president of operations – Canada for a global recruitment business, Robertson has an honors degree in Business Studies from the Robert Gordon University and has extensive experience in global oil and gas producing regions such as the former Soviet Union, West Africa, Brazil and India.

He worked for 14 years in several senior roles for Orion Group, including the past three years in Calgary where he performed a key turnaround role against the backdrop of the oil price downturn. Whilst group recruitment director, Robertson was also responsible for establishing a dedicated team at the company’s Inverness head office and managed the global recruitment function.

In November, it was announced that a new leadership team – including prominent industry figure Andrew MacDonald and three of the founders of FG Associates – had re-established the well-known industry brand of Maxwell Drummond Ltd.

The newly-formed Maxwell Drummond Group, which encompasses Carlton Resource Solutions, FG Associates and Maxwell Drummond Ltd, has since relocated to new office premises at Albert Street, Aberdeen that houses a total of 10 staff.

Carlton, originally founded by chairman Mr MacDonald in 1981, retains its own identity and employs a team of six – with further growth anticipated in 2019. The business is currently undergoing a rebranding exercise that will include the creation of a new website.