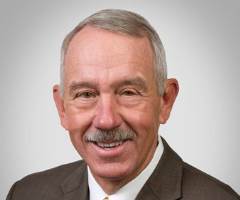 Brooks joined SCA in October and will focus on advocating, communicating and representing the ship repair industry to all stakeholders and to the U.S. Navy.

Throughout his 38-year Navy career, Admiral Brooks served in key maintenance assignments, culminating in promotion to two-star flag rank and assignment to the Navy’s top maintenance position as Fleet Maintenance Officer. He also served as Supervisor of Shipbuilding Newport News, responsible for the Navy’s Aircraft Carrier and Submarine construction programs.

Upon his retirement from the Navy in 2008, Brooks joined Earl Industries as Chief Operating Officer where he directed daily operations and led the strategic planning for Earl's five divisions. Upon Earl’s acquisition by General Dynamics NASSCO in October 2012, he was appointed Senior General Manager, responsible for ship repair operations at NASSCO-Norfolk and NASSCO-Earl Industries. He led the consolidation of the two shipyards in 2015 and also established a new operation in Bremerton, Washington in support of aircraft carrier maintenance and modernization in the Pacific Northwest. He retired from General Dynamics NASSCO in July 2015.

“Admiral Brooks’ experience and expertise in major Navy shipbuilding and repair programs will be crucial to the SCA,” said Tom Godfrey, Chairman of the Shipbuilders Council and CEO of Colonna’s Shipyard in Norfolk, Va.