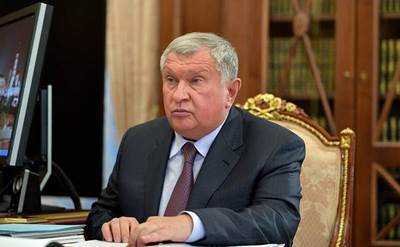 Sechin, who turns 60 in September, turned the company into one of the world's top oil players and earned the accolade of oil tsar.

He starts his new five-year term at a critical time as the coronavirus impact has hammered oil prices and a supply output pact is limiting Russia's ability to produce the fuel that is central to its economy.

Sechin rose from being Putin's aide in 1990s to becoming one of Russia's most influential players after he started overseeing Rosneft in 2000s.

After becoming Rosneft CEO in 2012, he began a buying spree, often criticized, but which made Rosneft the world's biggest oil producer among publicly-traded companies - until late last year when Saudi Aramco's public share offering handed it the top spot.

Saudi Arabia's and Russia's rivalry led to a battle for market share in March that flooded a market already oversupplied with oil because of the drop in demand related to lockdown travel restrictions as countries tried to contain the novel coronavirus.

But Russia and Rosneft, in which international energy major BP has a 19.75% stake, are complying with a new output pact with the Organization of the Petroleum Exporting Countries and other producers in force from May 1.

It has boosted global oil prices that in April hit their lowest in more than 20 years.

Rosneft, with production last year of 4.7 million barrels of oil per day, accounts for more than 40% of Russia's total oil output.

It incurred losses of some $2 billion in the first quarter and said last week its annual output would decline by 10% this year as part of Russia's quota under the new output deal.