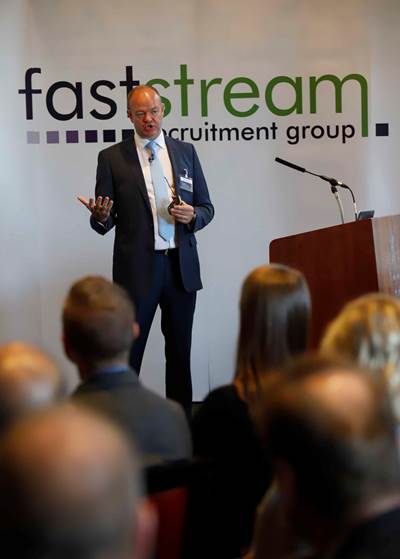 Maritime recruiter Faststream has surveyed more than 3,000 of the industry’s senior executives for a report examining maritime executives’ thoughts about their careers.

“Business leaders and executives have the most dynamic view of the marketplace, but they are rarely asked about their own careers and what they think about working in the maritime sector,” said Faststream CEO, Mark Charman. “This report looks at the views of the employers and not the employees and is the first of its kind which gets beneath the surface to discover what maritime leaders really think.”
The report looks in-depth at job security and motivations, pay and reward, becoming a senior executive, leadership and stress.
Along with 41 percent of executives planning to move jobs, 52 percent have been worried about their job security at some point over the last two years. “Job security is clearly a real issue when it comes to maritime executives. If you’re concerned about your job you’ll likely be more risk adverse, more conservative and less open to pushing the boundaries. The result could lead to considerable disadvantages for a business if it’s your CEO or executive team feeling this way,” Charman said.
Pay and reward was also highlighted as a potential danger area with 38 percent of executives believing they were paid less than their counterparts in other industries and 65 percent indicating that the maritime industry doesn’t pay enough to compete with other sectors for new talent.
Singapore was the standout winner when it came to the future talent pool with 36 percent of executives believing that the Lion City would hold the largest pool of maritime talent over the next 5 years, beating London (12 percent), Copenhagen (10 percent), Hamburg (9 percent) and Hong Kong (5 percent).
Charman presented extracts of the report during London International Shipping Week at Faststream’s ‘Lethal Leadership’ breakfast seminar at Trinity House, London.
Mark Charman • Singapore
Email