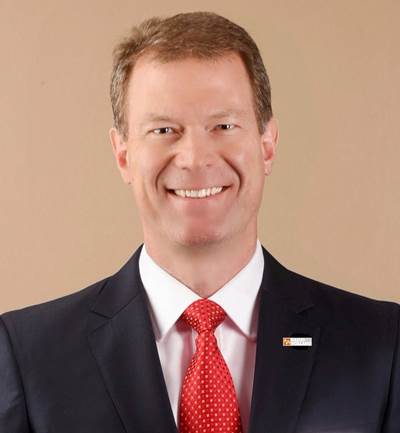 Radio Holland has appointed Steen Brodsgaard Lund as Regional Director Asia. He will be responsible for Radio Holland’s operations in Asia, with offices in China, Hong Kong, Singapore and Malaysia.

Lund is a Danish national, and developed his career over the past 28 years while living in Pakistan, South Korea, India, Hong Kong, China and Singapore. He began his career in the maritime industry in 1987 as a Trainee at A.P. Moller Maersk in Denmark, and spent 21 years in the group holding in a variety of commercial and operational leadership positions. His last assignment at A.P. Moller Maersk was Senior VP Eastern Operations Center in Singapore. He left Maersk in 2009 to join Germanischer Lloyd in 2010 as Executive VP and Regional Manager for Asia, based in Shanghai. Following the merger between DNV and GL, Steen was appointed Regional Manager for South East Asia, Oceania and India at DNV GL, based in Singapore.
Lund said, “Growing the Radio Holland brand in Asia is a priority. Our aim and drive is to make the global organization of 80 offices along the major shipping routes available to service the shipping community and expand our engagement with Asian ship building centers and ports. Service of installations on board vessels will be front and center of our interaction with ship owners and managers, while building towards a future where remote monitoring, diagnostics and maintenance increasingly will become a reality.”
A.P. Moller- Maersk • Denmark • Maersk
Email