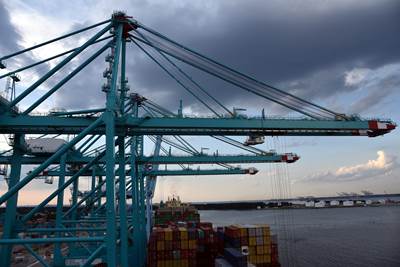 The Virginia Port Authority Board (VPA) of Commissioners today introduced Stephen Edwards as the next leader of The Port of Virginia. He succeeds John F. Reinhart who for the last seven years has led the VPA as its CEO and executive director.

Edwards has extensive experience in the global transportation industry most recently as the president and CEO of TraPac, LLC (TraPac), which operates container terminals in Los Angeles, Oakland and Florida. His tenure with the VPA begins on January 19, 2021.

“I am delighted to be joining the Virginia Port Authority team in January,” Edwards said. “Under John Reinhart’s leadership, The Port of Virginia has put all of the pieces in place for long-term success. The goal is to take these collective assets and put them to work to the benefit of customers and cargo owners while attracting new business, jobs and economic investment to Virginia. I look forward to continuing this positive momentum and leading the port to greater heights in the coming years.”

In May, Reinhart announced that he would be retiring in March 2021. During his tenure, Reinhart helped secure the port’s position as a leader in the maritime industry by modernizing the port’s infrastructure and rebuilding its reputation, brand, and competitiveness. The VPA board’s executive search committee immediately began working with Tim McNamara and executive search firm Odgers Berndtson, undertaking a worldwide search to find the port’s next leader. During Wednesday’s special virtual board meeting, John G. Milliken, chairman of the VPA board, held a vote on Resolution 20-19 to appoint Edwards to serve as CEO and executive director of the VPA.

“Virginia is proud of its 21st century port, which drives economic investment and job creation,” said Gov. Ralph S. Northam. “I thank John for his exceptional leadership and welcome Stephen, whose track record of success and innovation will ensure The Port of Virginia is able to build upon its strong foundation. Bringing Stephen on board sends a strong message that the port will continue to be a powerful economic engine for Virginia, helping attract new businesses and anchoring a healthy maritime trade industry on our shores.”

“In the past seven years, we have made significant investments to allow us to deliver world class service to our customers and cargo owners,” Milliken said. “These investments in our land- and water-side infrastructure, our equipment and technology, and in our workforce will drive job growth and economic development throughout Virginia. The board has made clear that economic growth is now job number one for the new CEO. Stephen Edwards has ship-line experience, a long record of success leading terminal operations, and a deep understanding of the industry and the challenges ahead. We are fortunate to be able to welcome him to Virginia.”

“Stephen's experience combines operational expertise, strategic thinking, and a keen knowledge of global markets,” said Shannon R. Valentine, Virginia’s secretary of transportation. “His leadership creates a great opportunity to build on the port's investments in people and infrastructure capacity to deliver even greater value for our customers around the world.” 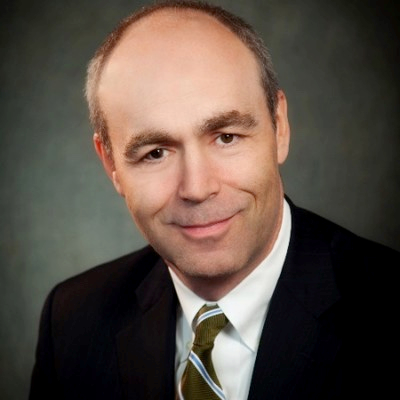