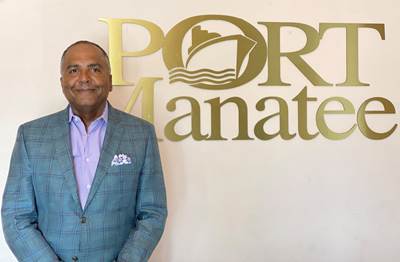 “Working with the Port Manatee team, my goal is to double the port’s volume of cargo activity over the coming 10 years,” said Tillotson, who brings nearly four decades of maritime industry experience to the position. “We are seeking to build upon Port Manatee’s current trend of record trade by advancing further diverse revenue streams.”

A U.S. Navy veteran, Tillotson served 10 years of active and reserve duty prior to his discharge in 1992 with the rank of petty officer second class. His government service included as a marine cargo specialist for the U.S. Department of Navy in Concord, Calif., and as chief of breakbulk cargo at the U.S. Army base in Oakland.

At Port Manatee, Tillotson is succeeding as chief commercial officer Matty Appice, who plans to retire June 30 following more than a decade as a Port Manatee executive.