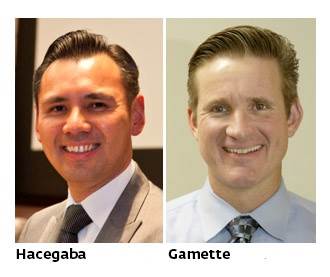 Dr. Noel Hacegaba, who has been serving as the Acting Deputy Executive Director/Chief Operating Officer since June 2013, was named as the new Managing Director of Commercial Operations/Chief Commercial Officer. Prior to the 2013 acting appointment, Hacegaba was Executive Officer to the Board of Harbor Commissioners, a position he was named to in July 2010. The newly created Commercial Operations Bureau, overseen now by Hacegaba, includes the Business Development, Security Services, and Tenant Services & Operations divisions. Hacegaba is responsible for all commercial matters and serves as the primary liaison to the Port’s customers.

Roger Wu has been promoted to the newly created position of Assistant Director of Business Development. Before that, he had been Manager of Commercial Trade – Ocean Carriers since June 2014. He was hired at the Port as a Marketing Manager in 2007.

Eamonn Killeen, a Senior Port Leasing Officer, has been appointed to the position of Assistant Director of Real Estate, to succeed Gail Wasil, who retired in August. Killeen started with the Port in July 2002.