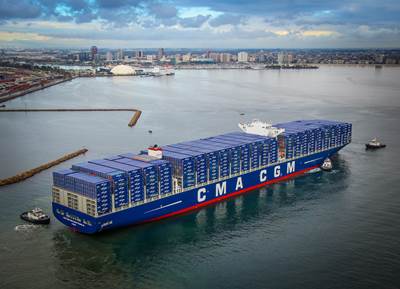 The Board of Harbor Commissioners has approved the appointments of new directors for the Port of Long Beach’s Finance, Surveys and Transportation Planning divisions.

Maurina Lee, previously the Harbor Department’s controller, will become the Director of Finance. She has been controller since March of last year and was previously finance manager for the city of Downey from 2006 to 2015. The Finance Division oversees an annual budget that is $829 million this fiscal year. It is part of the Finance and Administration Bureau.
Robert Seidel, who has been the Port of Long Beach’s chief surveyor since 2006, will be the new Director of Surveys. The division, part of the Engineering Services Bureau, checks depths in the harbor to support safe navigation and assists Port operations in areas such as utility markings, property rights and construction projects.
Allison Yoh is being promoted to Director of Transportation Planning from the position of transportation policy manager, a post she has held since February 2015. The Transportation Planning Division is part of the Planning and Environmental Affairs Bureau. It oversees transportation planning studies, assists with managing port-related traffic, administers grants and develops transportation policy.
Lee has a master’s degree in public administration from the University of Southern California and a bachelor’s degree in business administration from Pacific Union College.
Seidel began working for the Port in 1992 in Surveys for an 18-month internship. He returned to the Port in 1997. He has worked on many of the Port’s major projects of the last two decades, including the development of Pier T in 2000 and the 1992 expansion of Pier J. Seidel has an associate degree in civil technology/surveying from Orange Coast College.
Prior to joining the Port in 2013, Yoh was associate director of two research centers at UCLA focusing on transportation policy. She has a doctorate in urban planning from UCLA, a master’s in urban planning from UCLA and a bachelor’s in anthropology from UC Berkeley.
Board of Harbor Commissioners • Harbor Commissioners • Harbor Department
Email