OMV Might Cut Jobs Due to COVID-19, Low Oil Prices 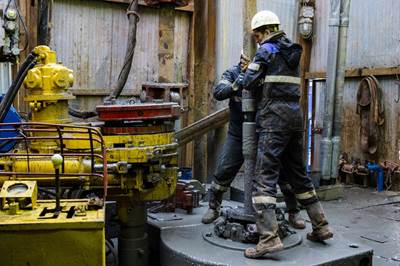 Oil and gas group OMV plans to extend a 4 billion euro ($4.35 billion) cost-cutting program, its chief executive said, adding it may cut jobs due to the coronavirus crisis and a slump in energy prices.

Major oil producers with operations around the world have cut their 2020 capital spending by about 25%, or nearly $55 billion, following the drop in crude prices.

OMV has already said it would cut spending by about 20% this year and has reached a deal to pay for its $4.7 billion stake increase in plastics maker Borealis in stages.

"We have not yet made a decision about short-time work or staff reductions. It is a possibility we cannot rule out," the company's CEO told Handelsblatt.

The average realized crude oil price fell to $46.8 in January-March, from $61 in the three months through December, said OMV, which will publish first-quarter results on April 29. ($1 = 0.9203 euros) (Reporting by Kirsti Knolle Editing by Madeline Chambers and Alexander Smith)