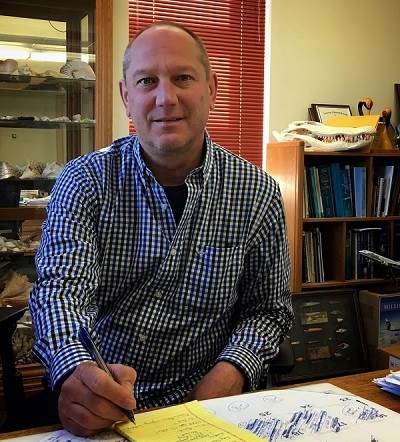 Chris Oliver has been selected by Secretary of Commerce Wilbur Ross, with concurrence from the White House, as assistant administrator for NOAA Fisheries.

As assistant administrator, Oliver will oversee the federal agency responsible for recreational and commercial fisheries that contribute more than $200 billion to the nation's economy and support nearly two million jobs. In addition to managing productive and sustainable domestic fisheries, including some aspects of marine aquaculture, the agency works to recover and conserve protected resources such as whales, sea turtles and corals. He assumes his new position this week.
For the past 27 years, Oliver worked at the North Pacific Fishery Management Council, first as a fisheries biologist, later as deputy director and finally as executive director for 16 years. Through his longtime participation in the Council Coordination Committee and various international fishery management organizations, Oliver gained extensive knowledge of national and international fisheries issues. A Texas native, Oliver also worked on Gulf of Mexico shrimp fishery management issues prior to moving to Alaska in 1990.
“Oliver’s background and expertise will be an asset at NOAA Fisheries as they work to reduce our nation’s $11 billion dollar seafood trade deficit,” said Ross.
NOAA Fisheries has offices in 15 states and U.S. territories, including five regional offices, six science centers, and 24 labs and fish stations.
“Chris is a fisherman himself and has rich experience in fisheries leadership positions around the country and internationally,” said Ben Friedman, acting NOAA administrator. “He’s a natural fit for this position and we look forward to working with him.”
Oliver said, "I intend to focus many of our resources on that core science and management mission, and seek opportunities for efficiencies in our fisheries regulatory processes. We will continue to make long-term sustainability the top priority, while looking for ways to maximize fishing opportunities for the benefit of recreational and commercial fishermen, processors, coastal communities and the economies which depend upon them."
Alaska • Gulf of Mexico • National Oceanic and Atmospheric Administration
Email