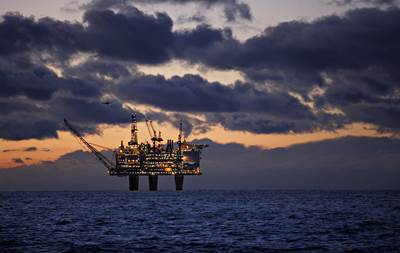 Norwegian employers and labour unions embarked on four weeks' of wage talks on Monday to stave off widespread strikes that risk impacting output in western Europe's biggest crude producer.
Unlike most years, in which wages are set on an industry-by-industry basis to reduce complexity, the 2018 round rolls a majority of private sector firms into a single negotiation in a bid to resolve a stand-off over pension reform.
"We've understood that there is no real will among employers to compromise from the outset," labour union negotiator Asle Reime, who will represent oil workers, told Reuters ahead of the talks.
"Pension rights are important to all workers regardless of which industry they are in, that's why I think there is more weight behind the demands this year and also more willingness to strike," he added.
If initial talks break down, a state-appointed mediator will attempt to broker a deal in the final days leading up to an April 7 deadline, after which most workers are allowed to go on strike unless an agreement is found.
A few days in advance, Labour unions must name the companies that would be hit in a first wave of industrial action, making it difficult to predict in advance how extensive an initial walk-out could be.
While Norway's production of oil and natural gas is unlikely to be targeted from the start since the contract for rig workers' is valid until June, unions may still hit the sector by shutting down yards and other suppliers.
Onshore processing and export facilities for natural gas are also at risk of strike, unions said, while offshore oil production workers could become involved in any extended strike.
Western Europe's largest producer of oil and gas pumps about two million barrels of crude, condensate and natural gas liquids (NGL) per day, while its output of natural gas stands at around 320 million cubic metres per day.
Norway's last major strike by oil workers took place in 2012 and lasted for 16 days before the government intervened to force an end to the conflict, citing vital national interests.
Top companies that could be affected by the talks include consumer goods maker Orkla, fertiliser maker Yara , metals producer Hydro and oil services companies Aker Solutions and Kvaerner.
Also at risk are major oil firms including Statoil, Aker BP, Lundin Petroleum and Shell.