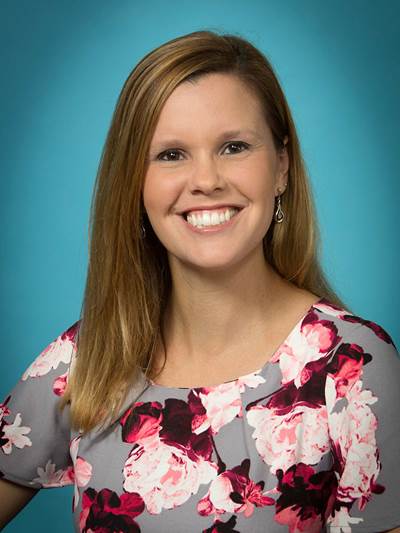 “I’ll be shifting back to the tactical world, working with the fleet on cyber readiness, and influencing future architecture to ensure cyber resiliency, and early vulnerability testing,” Chhim said. “It’s a big and important effort to do early cyber testing to gain vulnerability insight and harden system architectures prior to fleet delivery, so it’s super exciting. My plan in the new calendar year is to kick off a lot of efforts to also build cyber engineering competency and engagements within the workforce.”

Building on initiatives started by her predecessor, Patrick Kelley, who retires this month, Chhim will engage cyber engineering at the local level, while collaborating with the Office of Chief of Naval Operations (OPNAV) and the Naval Sea Systems Command (NAVSEA) on securing systems vice focusing on compliance, she said.

In her most recent role as deputy department head for cybersecurity, Chhim initiated a major modernization effort to upgrade the command’s computing infrastructure, including software and tooling. In these efforts, she balanced the surge of adding new technology and capability with the cyber risk, directing more than 230 civilian employees and contractors to target areas where IT infrastructure needed to be modernized in order to increase capabilities and tooling to support the digital transformation and the product lines that support the fleet.

Chhim learned critical fleet needs at the beginning of her Division Newport career in 1998. As an acquisition intern in the Unmanned Undersea Vehicle Department, she ensured cybersecurity architecture and systems engineering requirements were properly addressed throughout the acquisition life cycle, and successfully demonstrated cybersecurity-compliant autonomous architectures for at-sea demonstrations.

While participating in department rotations, specifically with the Tactical Cybersecurity Team leading cybersecurity evolutions with the fleet, Chhim was able to see her work being used in real-time situations, which helped her commit to tactical systems

“I observed what cyber was doing to the crew, and wanted to be part of the change and be their voice at the acquisition table,” Chhim said. “I wanted to provide the fleet with seamless and transparent cybersecurity solutions and ensure we do not compromise warfighting capability. Now I always ask my team, when we’re discussing future plans and system changes: ‘What capability are we bringing, what problem are we solving, and do they need it?’ We often think we’re bringing this technology for the fleet, but it wasn’t really translating to them the way we thought. There is a difference between desire and require. So what are we solving, and is it helping anybody or is it just nice to have?”

Chhim has served many roles at Division Newport since then, so many that she does not remember a time when she was not in the cyber and technology space, she said. As deputy department head for cybersecurity, she also provided technical leadership in the command’s information technology (IT) and 100% risk management framework (RMF) efforts. She concurrently served as the command’s chief information officer (CIO) and acting head of the IT Division, overseeing the daily IT and cybersecurity operations of Division Newport and its detachments.

“Cybersecurity is a dynamic changing landscape,” Chhim said. “Our ability as a Navy to keep up has not kept pace. The reality is there is no panacea for cybersecurity, it is a horizon we will always be chasing but never get to. Because of this, our cybersecurity work has to focus on resiliency in our systems and networks in the cyber-contested environments of today and tomorrow. We need to focus on securing systems to withstand war against enemies we cannot see.”

Serving as the Submarine Warfare Federated Tactical Systems (SWFTS) cybersecurity lead, she gained extensive technical and fleet experience, managing the posture transition process onboard U.S. submarines, and was responsible for working with PMS 425 on the cybersecurity toolkit development, integration and test, delivery, operations, validation and fleet training. Critical to this was the complex work that she conducted with software developers ensuring that SWFTS subsystems successfully integrated the cybersecurity capabilities and performed the appropriate testing to validate its cybersecurity integrity.

Chhim earned a bachelor’s degree in object-oriented mathematics from the University of Massachusetts at Dartmouth in 2005 and a master’s degree in cybersecurity from Norwich University in Northfield, Vermont, in 2007.

“These past four years were invaluable to my professional and personal growth and I am so grateful for the opportunities I have had here at NUWC Division Newport,” she said.

“There are some great vulnerability insight efforts and fleet engagements that will allow us to start making cyber improvements to our system architectures,” she said. “I am working on several efforts that change the conversation of cybersecurity from compliance to securing systems and qualifying risk accurately. We have some great workforce engagements planned that will build the cyber engineering competency and bring cyber requirements to engineers early in the lifecycle. I am really excited with the efforts and conversations that are happening and look forward to the future of cybersecurity.”

NUWC Newport is the oldest warfare center in the country, tracing its heritage to the Naval Torpedo Station established on Goat Island in Newport Harbor in 1869. Commanded by Capt. Chad Hennings, NUWC Newport maintains major detachments in West Palm Beach, Florida, and Andros Island in the Bahamas, as well as test facilities at Seneca Lake and Fisher's Island, N.Y.; Leesburg, Fla.; and Dodge Pond, Conn.