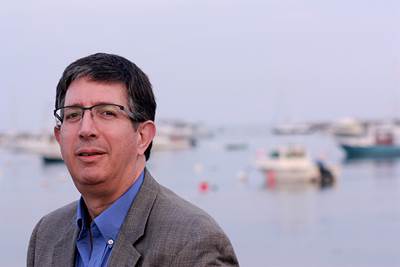 NOAA has named Michael Pentony as the new Regional Administrator for the Greater Atlantic Regional Fisheries Office in Gloucester, Mass. He will assume his new duties on January 22, 2018.

Pentony has been with the agency since 2002, serving in a series of positions including as the Assistant Regional Administrator for the Sustainable Fisheries Division since 2014. He succeeds retiring Regional Administrator John Bullard who had been in the position since 2012.
Pentony will head the agency’s regional office, which has responsibility for managing approximately 100,000 square miles of the Northwest Atlantic, the large marine ecosystem from Maine to Cape Hatteras and the Great Lakes. As Administrator, he will also oversee aspects of international fisheries conservation and management in the region.
Before joining NOAA Fisheries in 2002, Pentony worked for five years as a policy analyst for the New England Fishery Management Council, primarily on issues related to habitat, marine protected areas, and the deep-sea red crab fishery.
He has a Bachelor of Science in Engineering from Duke University in North Carolina, and a Master’s of Environmental Management from the Nicholas School of the Environment at Duke University. Between college and graduate school, Pentony served for six years as an officer in the U.S. Air Force as an engineering project manager on a variety of military satellite and launch vehicle programs.
Cape Hatteras • Duke University • Great Lakes
Email