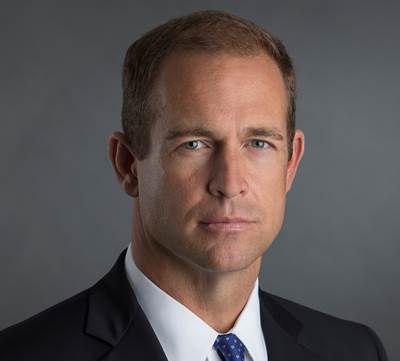 British oil major BP has announced that David C. Lawler, currently CEO of its U.S. shale business BPX Energy, will add to his portfolio the responsibilities of chairman and president of BP America Inc., succeeding Susan Dio on July 1, 2020.

"With 13,000 employees and $30 billion invested since 2016, BP has a larger economic footprint in the U.S. than anywhere else in the world. In 2019, these businesses accounted for a third of BP's global revenue. Lawler will take the helm as BP embarks on a new ambition to become net zero by 2050 or sooner and to help the world get to net zero," BP said Thursday.

Bernard Looney, BP CEO said: "Beyond a track record of delivering strong safety, environmental and commercial results, Dave brings an authentic and inspiring leadership style. His curiosity and willingness to do things differently will be essential as we reinvent bp and reimagine energy for people and our planet."

Lawler has served as CEO of BPX Energy since 2014. In 2018, he led the $10.5 billion acquisition and integration of BHP's American shale assets, BP's largest acquisition since buying ARCO in 1999. BPX Energy delivered more than $240 million in acquisition synergies in the first year, far exceeding initial expectations of $90 million, BP said.

Lawler, a Denver native, graduated from the Colorado School of Mines with a Bachelor of Science in petroleum engineering before earning an MBA from Tulane University. He joined bp from SandRidge Energy, a U.S.-based oil and gas independent, where he had served as executive vice president and chief operating officer.

Susan Dio, a 36-year veteran of bp who has served as BP America chairman and president since 2018, will retire later this year.

A chemical engineer by training, she led the company through a dynamic period, including the rebuilding of bp's U.S. headquarters in Houston after Hurricane Harvey in 2017 and the response to the coronavirus outbreak in 2020.

"Dio rose through the ranks during a remarkable career, serving previously as head of global shipping and holding senior commercial and operating roles in BPand its heritage companies in refining, petrochemicals and various other oil and gas businesses in the U.S., U.K., and Australia," BP said.

Looney said: "Susan has been an extraordinary leader and mentor throughout her impressive career – and especially in America. She strengthened our culture of safety and respect and shattered barriers everywhere she went. To her, we say thank you for making bp a stronger, more inclusive company. And to her family, thank you for sharing Susan with us all these years."