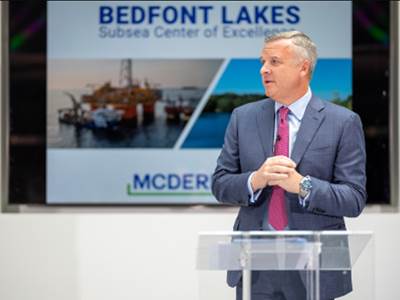 David Dickson, CEO of offshore installation and construction firm McDermott has decided to resign, the company said Monday. Dickson was CEO of the company since December 2013.

Lee McIntire, an independent director on the McDermott Board of Directors, will assume the responsibilities of interim Chief Executive Officer effective immediately.

Nils Larsen, Lead Directo said: "Lee is a strategic and pragmatic leader. He brings extensive experience leading successful engineering and construction firms and will work closely with McDermott's executive leaders. McDermott has outstanding capabilities, resources, and talent, and we are confident in the company's future. I also want to thank David for his service and wish him the very best."

Interim CEO McIntire said: "I have admired McDermott's project execution and customer focus for years and was pleased to join the Board last year. I have confidence in the organization and am committed to staying focused on safety, efficiency, the environment, and our customers."