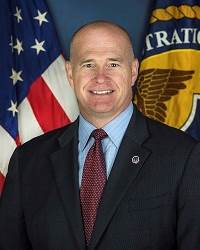 In comments before the international Tradewinds Ship Owners Forum in New York City, Maritime Administrator Paul “Chip” Jaenichen highlighted the more than 42,700 jobs, $3.6 billion in labor income and $4.78 billion in GDP associated with employment for shipbuilding and repair in the northeast region.

“American shipyards provide a dependable, highly trained workforce that produce, repair and maintain some of the world’s most modern and innovative vessels. Their efforts ensure our nation’s shipyards remain an enormous economic engine that pumps life and jobs into entire regions of our country and also bulletproof our national security,” said MARAD Administrator Paul “Chip” Jaenichen.

“The Administrator’s remarks at the Ship Owners Forum demonstrate not only the local importance of the shipbuilding and repair industry for the Northeast, but also the critical support on a national level the shipyard industrial base provides to economic and national security,” said Shipbuilders Council of America President Matthew Paxton.  “Our industry is leading the world in innovation and continuing to grow well-paying family waged jobs all across the country.”

The region’s Congressional leaders also weighed in: “I am proud to support our shipyards and shipbuilders because they make critical contributions to Rhode Island’s economy.  That is why I worked to restore federal funds for the Small Shipyard Grant Program, which helps local shipbuilders compete to build and service ships and boats here in Rhode Island, bringing more jobs and opportunities to the Ocean State,” said Senator Jack Reed (D-RI), the Ranking Member of the Transportation, Housing, and Urban Development and Related Agencies (THUD) Appropriations Subcommittee.  After funding for the Small Shipyard Grant Program lapsed for two years, Senator Reed successfully led the effort to include $5 million in the THUD section of the 2016 omnibus appropriations bill to restart the program.

“The shipbuilding industry employs thousands of Rhode Islanders in high-skill, good-paying jobs,” said Senator Sheldon Whitehouse (D-RI).  “Rhode Island companies have a proud history of producing some of the finest vessels that have ever sailed the seas, and our growing composites industry represents the next frontier in state-of-the-art shipbuilding.”

“From recreational sailing to the incredible vessels being constructed for our national defense, the shipbuilding industry in Rhode Island is stronger than ever,” said Congressman Jim Langevin (D-RI). “Thousands of Rhode Islanders are employed in this challenging field, enabling them to earn a good living and support an industry that has a long and rich history in our state.”

“Connecticut, home to the submarine capital of the world, is a true shipbuilding hub with thousands of highly-skilled workers who are second to none. We deliver ships on time and ahead of schedule, setting a higher bar for the entire industry to reach and ensuring this industry will only grow in years to come,” said Sen. Richard Blumenthal (D-CT). ”As a member of the Senate Armed Services and Commerce Committees, I am proud to fight to ensure our shipbuilders receive the support they need to continue producing world-class boats that are vital to our national security.”

“Connecticut and eastern Connecticut, in particular, is proud to play such an important part in our nation’s shipbuilding and maritime industries,” said Congressman Joe Courtney (D-CT). “The increase in work and hiring at Electric Boat and across the network of small parts suppliers which support shipbuilding across the region are driving economic growth in southeastern Connecticut, and across the northeast.  Thanks to an increasing workload in our undersea program, Electric Boat is expected to make more than 14,000 new hires over the next 15 years alone. In order to meet that challenging workforce demand, we are striving to train new skilled workers and younger workers to fulfill that need – that’s good news not just for Groton but for our nation as a whole. As the ranking member of the House Seapower and Projection Forces subcommittee, I will continue to press for investment in our shipbuilding priorities for the future.”

Nationally the Maritime Administration report, The Economic Importance of the U.S. Shipbuilding and Repairing Industry, shows the private shipbuilding and repair industry supported over 399,000 jobs, contributing $25.1 billion in labor income and $37.3 billion in U.S. GDP across the country.