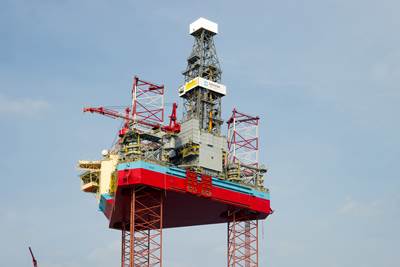 A.P. Moller-Maersk's oil industry service companies Maersk Drilling and Maersk Supply Services, are to cut staffing at their Danish head offices due to the slump in oil prices.
Oil companies and as a result the firms servicing them, have slashed spending and cut jobs since crude oil prices have fallen by over 50 percent since July last year.
Maersk Drilling said on Wednesday it would cut 90 positions, 20 percent of the workforce at its main office, while sister company Maersk Supply Services will cut 30 jobs at its head office, where it employs some 200 people.
Both are headquartered in Lyngby, a small town several kilometres outside of Copenhagen.
The cuts are part of a wider "cost reduction and efficiency enhancement programme", said Maersk Drilling. A spokeswoman declined to specify financial details.
"It is regrettable that we have to scale down the head office. However, under the current market conditions it will be irresponsible not to act," Maersk Drilling's chief executive Claus Hemmingsen said in the statement.
Maersk Supply Services, which provides marine services to such as towing anchors and supplying offshore platforms, has also been hit by a slowdown in the industry.
"We are facing challenging market conditions in the coming years ... Our customers, suppliers and competitors are all being forced to adjust to a new reality," Carsten Plougmann Andersen, Maersk Supply Service's chief executive said.
(Reporting by Ole Mikkelsen and Sabina Zawadzki; Editing by Greg Mahlich)
Maersk Drilling • oil prices • crude oil prices
Email

Miami shipyard RMK Merrill-Stevens says it is hiring 75 new employees over the next two months to staff its newly renovated North Yard and South Yard.