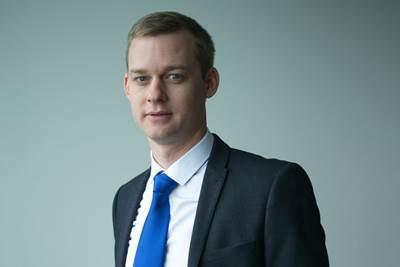 The appointment follows the news issued three days prior, informing that Nick Walker, the current COO of the Norway-focused oil company, would replace Alex Schneiter as President and CEO. Schneiter has decided to step down at the end of the year.

Following the spin out of IPC, Fitzgerald held the VP Operations and subsequently COO positions within IPC, responsible for operations and investments across their international portfolio. Prior to joining Lundin and IPC, Fitzgerald worked for Shell’s upstream business in the UK in a range of asset and operational leadership positions. At IPC, Fitzerald's COO position will be taken over by William Lundin.

Commenting on Fitzgerald's appointment, Alex Schneiter, President and CEO of Lundin Energy, set to leave in a few months, said: "I am very pleased to announce Daniel’s appointment as COO. He is well known to the Lundin Group, having previously worked for Lundin Petroleum and now serving successfully as COO with IPC. I have known Daniel since 2014 and his strong technical background and leadership qualities, as well as his knowledge of our assets and people, make him a great candidate for the role.

"This is a very exciting time for Lundin Energy as we emerge resiliently from this recent oil market cycle; the strong production growth profile to target over 200 thousand barrels of oil equivalent per day production, combined with our industry-leading low operating cost and sustainably produced barrels, uniquely positions the business for growth and the energy transition.”