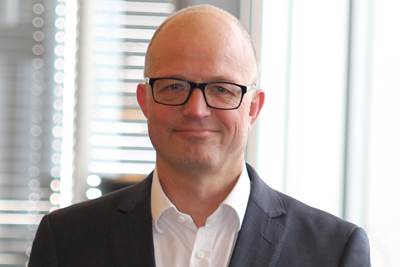 Løken succeeds Jan Arve Haugan, who left Kvaerner for a position at Aker Energy.
Kvaerner's EVP & CFO Idar Eikrem will continue as interim CEO until Løken steps into the role this spring after ending his current position as head of Project Development for Lundin Norway.
Since 1991, Løken has held positions in the oil and gas industry for companies like Statoil, Aker Solutions and Lundin Norway. From 2011 to 2015, Løken was Engineering Manager for Lundin Norway's Edvard Grieg field development, where Kvaerner was the key contractor. He is educated as a civil engineer from the Norwegian University of Science and Technology.
Kvaerner • Aker Solutions • Statoil
Email

As a former master mariner with Maersk Line and currently the Managing Director of V.Ships, Germany, Ulla Nielsen was a natural…