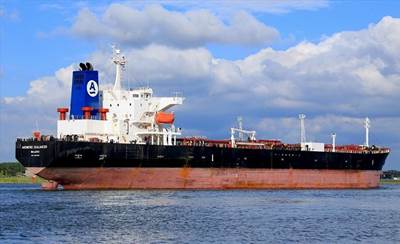 Anthony Gurnee, Ardmore's chief executive officer, said, Kelleher and Tivnan will overlap and work together from September 1 to "achieve an orderly and well-planned transition".

Kelleher brings to the role more than 25 years of progressive experience in the maritime, finance, energy and industrials sectors, having most recently served as chief executive officer of Chembulk Tankers. He previously served as both Chief Strategy Officer and Chief Financial Officer of the firm, and prior to that, was the chief operating officer of Principal Maritime Management. He also functioned as acting CFO during the company's start-up and initial growth phases. In addition, Kelleher has held roles in investment banking, commercial banking, equity research and capital markets in the maritime and energy-related industries at Bear Stearns and HSH Nordbank. Earlier in his career, he served as a deck officer onboard U.S.-flag crude oil tankers and held management positions in both the cruise industry and with a leading naval architecture firm. Kelleher holds an MBA from Columbia Business School, an MS in Ocean Systems Management from Massachusetts Institute of Technology, and a BE in Naval Architecture from New York Maritime College. Kelleher serves as an Advisory Board Member to OrbitMI, an innovative technology firm offering advanced AI-based fleet performance management solutions.

"Bart brings to Ardmore a wealth of experience in shipping and related industries across many functions, including notable financial sector and CFO experience, as well as his expertise in the chemical sector as CEO of Chembulk Tankers," Gurnee said. "We are confident that he will play a pivotal role in driving Ardmore strategically and financially toward even greater future success."

"After 12 great years at Ardmore, Paul has decided to leave the company to broaden his experience and pursue further ambitions. Paul has been instrumental to what Ardmore has accomplished, from its start-up in 2010, through its IPO on the NYSE in 2013, to our position as a first-class shipping company today. Most recently he concluded the Element 1 and Maritime Partners transactions in mid-2021 and a complete refinancing of Ardmore's debt on favorable terms. Paul has been a core part of the senior management team and it has been a privilege to work with him over these many years. We wish him the best as he passes the torch and moves on to the next chapter of his career," Gurnee said.