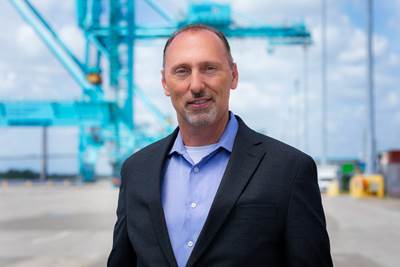 Bennett joined JAXPORT in 2017 as senior director of engineering and construction, responsible for the port’s marine and landside infrastructure development and engineering and construction operations. In this role, he managed the completion of JAXPORT’s major growth projects, including the 47-foot harbor deepening project, a $100 million berth modernization project, and renovations to improve operational efficiencies at the JAXPORT Cruise Terminal.

He has extensive experience in senior transportaion positions, including more than 20 years with the Florida Department of Transportation, where he served as planning manager for District Two, encompassing 18 counties throughout North Florida. Prior to joining JAXPORT, Bennett was the senior engineer for RS&H in Jacksonville, working directly with port personnel on the engineering, planning, design and permitting of major development initiatives.

“James has been an asset to our leadership team since he joined JAXPORT five years ago,” said JAXPORT CEO Eric Green. “He is well respected throughout the transportation industry for his diligence and work ethic. His expertise will be an asset to our employees, tenants, and port partners as we continue to build on our capabilities and industry-leading efficiencies.”

As COO, Bennett manages the port's operations, equipment, and engineering and construction departments and oversees the implementation of a capital growth program in excess of $250 million annually. Major projects under his area of responsibility include the expansion of Blount Island’s container and auto-handling capabilities.

The U.S. Department of Transportation and the Maritime Administration announced the appointment of Rear Admiral Joanna M. Nunan (U.S.