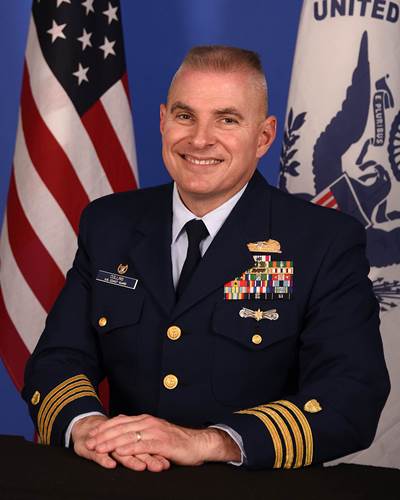 Captain Collins directs all law enforcement, physical security, safety, and emergency management and preparedness services in support of more than 200,000 port employees, tenants and customers. He is also responsible for ensuring enforcement of seaport security initiatives in compliance with all federal, state and local laws.

Collins is a 27-year USCG veteran with significant maritime transportation experience leading counter-terrorism, search and rescue and incident management on behalf of the USCG at some of the nation’s largest seaports.

He most recently served as Deputy Chief of Operations for Shore Forces, USCG Pacific Area, the Coast Guard’s regional command element and force provider for maritime safety, security and stewardship in the Pacific. Prior to that, he was the Commanding Officer of the deployable specialized operations unit Maritime Security Response Team West, the USCG’s rapid-response maritime counter-terrorism unit serving ports on the West Coast and nationwide.

Collins has also served in senior leadership positions overseeing maritime security, law enforcement, and counter-terrorism initiatives for the USCG at the Port of New York and New Jersey and the Ports of Los Angeles and Long Beach.

“The safety and security of everyone who works at or visits JAXPORT is our top priority,” said JAXPORT CEO Eric Green. “Dwight has spent nearly three decades serving our country and managing some of the most critical aspects of maritime transportation security. We are pleased to bring his knowledge and expertise to JAXPORT.”