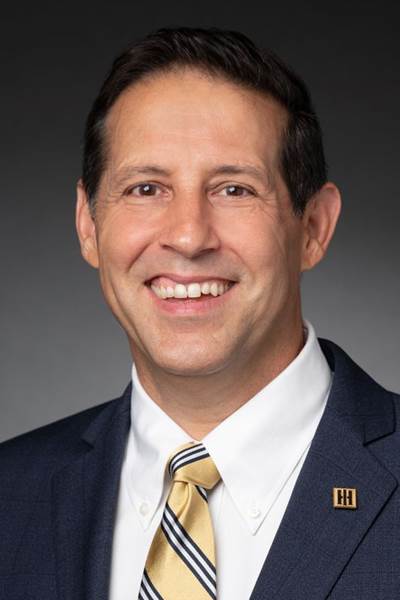 America’s largest military shipbuilding company Huntington Ingalls Industries (HII) announced on Monday that Danny Hernandez will succeed Beci Brenton as the company’s corporate director of public affairs upon Brenton’s October 31 retirement. Hernandez will join HII on September 13, transition into the position, and report to the executive vice president of communications, while based in the company’s Washington, D.C. office.

Brenton joined HII as corporate director of public affairs in 2011 after serving in various public affairs roles during her 26-year career with the U.S. Navy. Prior to joining HII, Brenton acted as the special assistant for public affairs for former Secretary of the Navy Ray Mabus.

“Beci joined HII shortly after it became an independent, publicly traded company, and from day one, she played an integral role in helping build HII’s corporate communications team and telling the HII story to our many stakeholders,” said Jerri Dickseski, HII’s executive vice president of communications. “Her leadership, insight and public affairs knowledge have been an incredible part of our success, and I’m very thankful to her and wish her the very best in her well-deserved retirement.”

As corporate director of public affairs, Hernandez will be responsible for the creation, execution, alignment and sustainment of public affairs and media communications for HII. He will lead HII’s corporate media relations team to develop external communications that advance critical business themes and messages to support HII’s portfolio of programs, corporate and division-level events, community relations and more.

“Danny brings nearly three decades of communications and public affairs acumen to this position,” Dickseski said. “His years of naval service offer an invaluable perspective to the communications team, as well as his extensive experience in media relations and crisis communications.”

Prior to joining HII, as a captain in the U.S. Navy, Hernandez served as director of communications to the assistant secretary of the Navy (Research, Development and Acquisition) where he was the spokesperson for the Department of the Navy’s most senior acquisition executive. He also served as director of public affairs and communications engagement for U.S. European Command and director of communications for the chief of naval operations. Hernandez was commissioned as a naval flight officer in 1991 and became a Navy public affairs officer in 1993, serving multiple tours in communications, public affairs and media relations. He earned a bachelor’s degree from California Polytechnic State University, San Luis Obispo and a master’s degree from the U.S. Naval War College.

Kongsberg Digital is pleased to announce the appointment of Benedicte Willumsen Grieg to a newly created position as Vice President, Strategy.

ABS has appointed Greg Lennon Vice President of Global Offshore Wind.“Greg is a leader who will build on the numerous successes…