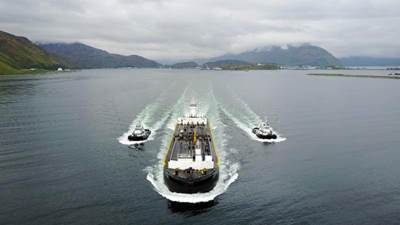 Harley Marine Services is pleased to welcome Sterling Adlakha to its executive team where he will assume the role of Chief Financial Officer.

A graduate of the U.S. Coast Guard Academy, Sterling served 10 years in the U.S. Coast Guard. He began his career as an engineer on a 210' cutter before moving to the West Coast and becoming a double-ended marine inspector and plank owner of the country's first Sea Marshal program following the 9/11 terrorist attacks. He later earned a Masters of Business Administration and International Business Diplomacy Certificate from the McDonough School of Business at Georgetown University. Following his Coast Guard career, Sterling held positions in investment banking and equity research before returning to his maritime roots at the Kirby Corporation where he held positions as Corporate Finance Manager, Director of Investor Relations and Finance, and finally, Vice President and Chief Financial Officer of United Holdings LLC.
Kirby Corporation • U.S. Coast Guard • U.S. Coast Guard Academy
Email