Half a Million Seafarers Benefited from 'Ship Visitor' App 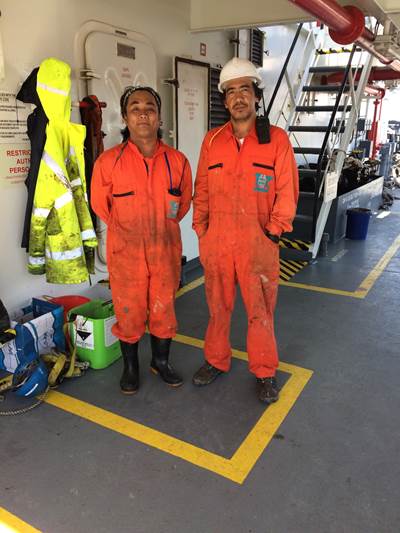 Half a million seafarers have benefited from an app that helps them as they move from port to port around the world, according to the charity that invented it.

“It’s encouraging that the Ship Visitor app has reached this milestone and is testament to the collaborative work between the maritime welfare providers who have embraced its potential to improve care provisions.”

The 500,000th seafarer visited using the app docked at Invergordon port and was met by Sailors’ Society port chaplain Drew Anderson.
The app enables chaplains and ship visitors to report their activities in real time and maintains a history of ship visits and support provided to seafarers. Subject to confidentiality and data protection policies, this information can be used to provide ongoing care and assistance as ship and crew continue its voyage.

Stuart added: “From the app we can see the sort of welfare cases our team are supporting on a daily basis, from piracy and abandonment to visiting seafarers in hospital. It gives us a more detailed picture of the needs of seafarers – and allows us to tailor our provision accordingly.”
Since its launch in September 2015, there have been many examples of how the Ship Visitor app has improved welfare provision.

Stuart said: “Marc Schippers, our port chaplain in Antwerp, was visiting a ship and found there was a negative atmosphere on board. Some of the crew told him there had been arguments between themselves and officers.

“The ship was about to depart for Southampton and Marc had to disembark, but before he did, he assured the crew someone would visit them when they reached their next port.

“He logged his visit into the app and highlighted the situation to his colleague in Southampton, who was then able to meet the crew upon their arrival.

“The advance warning of the situation enabled the chaplain in Southampton to offer appropriate support and services, including transporting the seafarers into the city for a well-earned break from their duties and the intensity of life on board.”

Jan Kubisa from the Houston International Seafarers’ Center said: “All the chaplains are using the app on a daily basis and it is difficult to imagine our daily ship visits without it.”

Stuart said: “As Sailors’ Society looks to continue expanding its welfare offering throughout North America, we hope that the Ship Visitor app can help to revolutionize the way seafarers visiting ports across the United States and Canada are supported.”