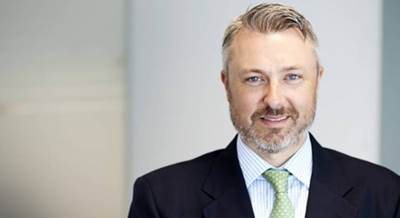 Ship management and marine support services giant V.Group said on Wednesday it has appointed René Kofod-Olsen as the company’s chief executive officer, taking over from Graham Westgarth who will become chairman. Kofod-Olsen will join V. Group on November 1.

Kofod-Olsen brings to the role almost three decades of global shipping industry experience. In 2012 he was appointed CEO of Topaz Energy & Marine, a position he held until the company’s successful divestment in 2019. Earlier in his career he worked for the A.P. Moller-Maersk Group where he held a variety of executive positions in numerous countries including CEO of SVITZER, Asia, Middle East and Africa.

Kofod-Olsen said, “These are challenging and changing times for the global shipping industry, with a multitude of opportunities ahead. This year, V.Group has provided strong support to customers and crews in response to the Covid crisis and also won significant new business. This underlines the trust which V.Group’s customers place in the company’s overall value proposition. I am delighted to be joining the V.Group team on their continuing journey of delivering value to our customers.”

Westgarth, who has been V.Group's CEO since April 2019, will assume the role of chairman of the board, replacing John Pattullo, who will stay on the board through the year end.

Westgarth said, “There remains an abundance of opportunities in the broader ship management industry from which V.Group is well placed to benefit. I am convinced that, under [Kofod-Olsen's] leadership, we can take our business to even higher levels. I believe our skill sets are complementary and personally look forward very much to working with him. I feel privileged to be appointed chairman and see it as a natural transition for V.Group. Finally, I would like to acknowledge the significant contribution of our outgoing chairman, John Pattullo.”